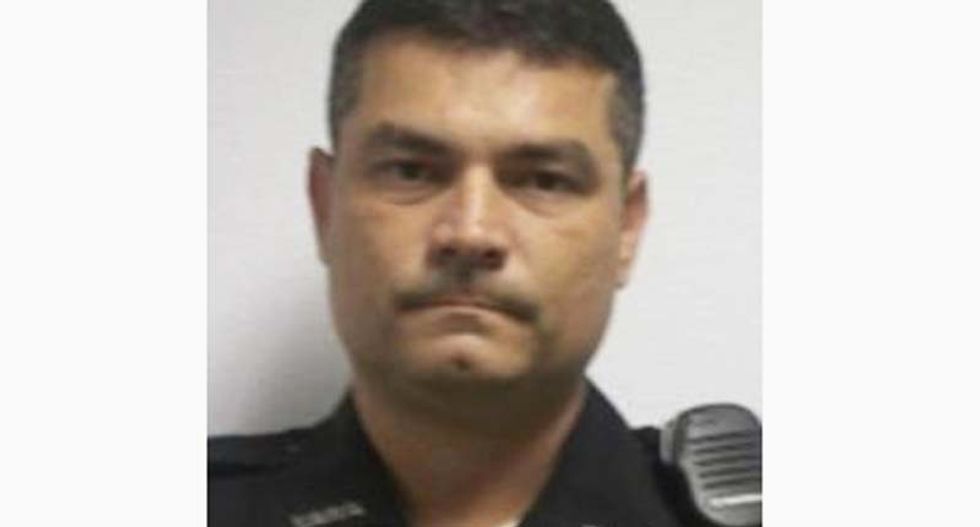 TAMPA, Fla. (Reuters) - A veteran Florida police officer was shot and killed while on duty early Sunday by a man described as transient, according to law enforcement officials, who gave no motive for the suspect now charged with murder.

Officer Charles Kondek, 45, was gunned down in Tarpon Springs, about 30 miles northwest of Tampa, after responding to a call for service around 2 a.m. EST, the Tarpon Springs Police Department said.

The officer later died of his injuries at a local hospital, the police department said.

His death followed a Saturday afternoon shooting in New York City, where a gunman shot dead two police officers and then killed himself. Authorities said that shooter had indicated on social media that he might seek revenge for recent U.S. police killings of unarmed black men.

In the Florida case, police said they arrested Marco Antonio Parilla Jr., 23, on a charge of first-degree murder.

Parilla was taken into custody after fleeing the shooting scene and crashing into a pole and another vehicle, the Pinellas County Sheriff's Office said in a release.

Police officials did not give any information about the type of call Kondek had responded to ahead of the shooting.

Kondek served on the Tarpon Springs police force for more than 17 years and previously worked as an officer for the New York City Police Department, officials said.

A man with the same name and birth date as Parilla was released from a Florida prison in March after serving a little more than two years for leaving the scene of a crash where there were injuries, as well as for various drug charges, corrections records show.

Sheriff's officials did not immediately confirm whether that man was now the suspect in Kondek's death.