Glenn Beck’s holiday advice for America: Be like Hobbits 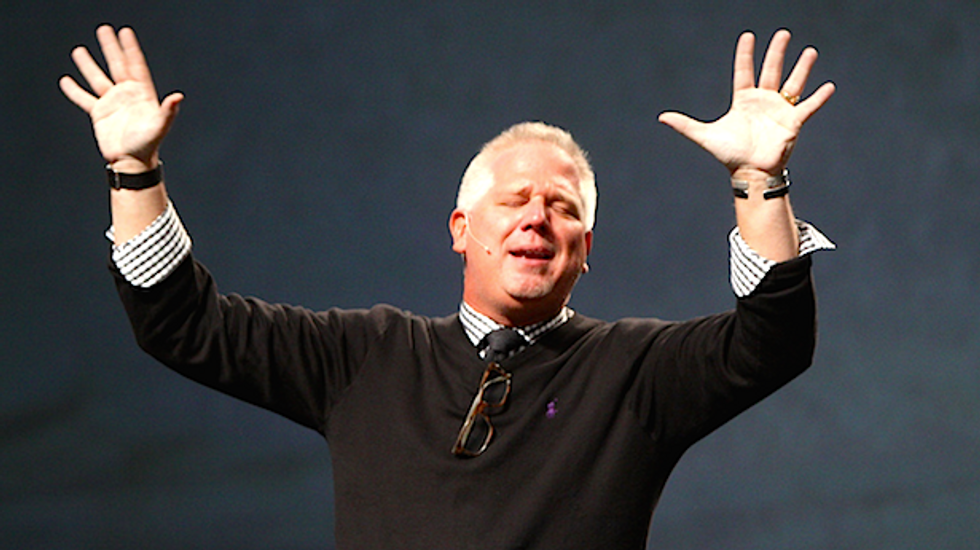 Conservative radio host Glenn Beck attempted to link the recent shooting of two New York City police officers to the struggles of the Hobbits in J.R.R. Tolkien's Lord of the Rings novels in a Facebook post Monday night.

"Maybe it is just me, but has anyone thought of the hobbits as us, the Americans?" Beck wrote. "Maybe this has been written about and I am being obvious, but I see their innocence, belief that the world isn't bad, that things will be better, that the 'shire' is a special place and it is isolated and protected from the outside evils and I wonder, did JRR T see them as us?"

Biographers have said that it was not "Americans," but Tolkien's own experiences serving in the British Army during World War I that informed his writing, particularly in scenes set on the battlefield.

"His stories aren't all about great warriors charging into battle with their flags flying," John Garth told the British newspaper The Mirror. "There are moments when the hobbits are down there in the mud, when they are hiding and they are terrified. When they have to pin their courage down so they can keep going despite all the odds. That is just how Tolkien and his friends must have felt in the trenches."

Beck also said he aspired to be like the character Samwise Gamgee, and argued that Americans should approach life "not as fools or the blind, but like children. ... Or hobbits."

"I am sure there is some kind of test on who you are in the hobbit and what that says about you," he wrote. "I think if the world had more hobbits like Frodo's and Sam our 'Shire' would always be nearing spring."

At the same time, however, he accused President Barack Obama and the media of ignoring Officers Rafael Ramos and Wenjian Liu, who were shot and killed on Saturday by 28-year-old Ismaaiyl Brinsley. Brinsley shot his ex-girlfriend, 29-year-old Shaneka Thompson, at her Maryland home before taking a bus to New York City, where he ambushed the officers before shooting and killing himself.

"Where was the presidents address on this?" Beck stated. "Has he said, they could have been my son? These were good men and justice must be served? More importantly, has the press made the same kind of hay and noise for these men as they did for those who's names were made famous by Al sharpton?"

Beck did not mention that Obama released a statement condemning the fatal shootings, and asking the public "to reject violence and words that harm, and turn to words that heal -- prayer, patient dialogue, and sympathy for the friends and family of the fallen."

He also seemed to minimize the ongoing protests against excessive force by police, despite data suggesting that young Black men are 21 times more likely to be shot by officers, compared to white teens.

"Our cops are good people. They are just like you. They reflect our communities. If we are good, so are they," he wrote. "Generally speaking. Are their bad cops? Yes. Let's work to root them out, not to condemn them all. The cops I know are good. I have however, met a few arrogant ones. We all have. People are people whether they are cops or 7.11 clerks."