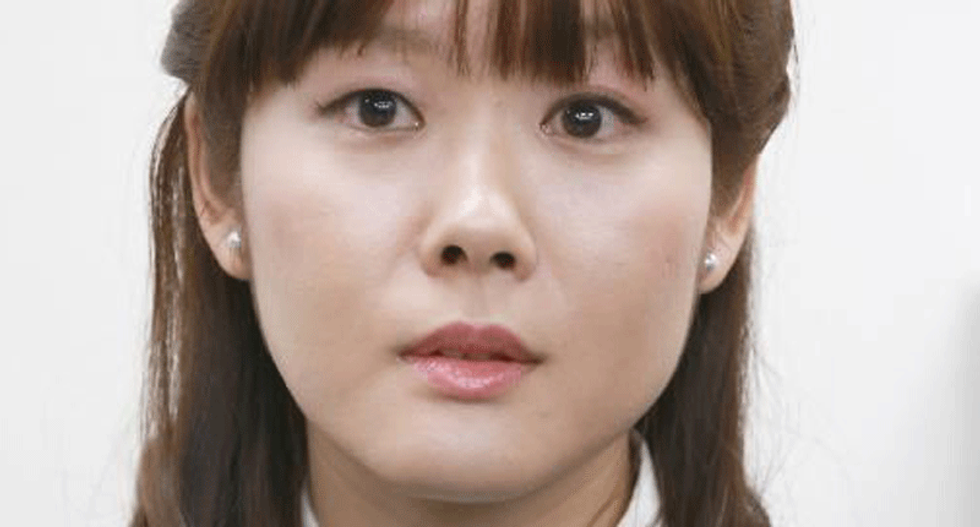 Haruko Obokata, shown January 28, 2014, has submitted her resignation as a researcher at Riken, after the scientific establishment announced her study on re-programme adult cells cannot be reproduced (AFP)

A researcher embroiled in a fabrication scandal that has rocked Japan's scientific establishment said Friday she would resign after failing to reproduce results of what was once billed as a ground-breaking study on stem cells.

Haruko Obokata said she was dismayed that new laboratory tests have not been able to repeat her experiments, which she had claimed showed the successful conversion of an adult cell into a stem cell-like state.

"I am keenly aware of my responsibility for troubling a number of people because of my inexperience," Obokata said in a statement.

"I even can't find the words for an apology," said Obokata, who has avoided media exposure since her last news conference in April.

"As a result, we will terminate the verification experiments," he said, cutting short verification tests that had been originally scheduled to last until March.

Riken in January trumpeted Obokata's simple method to re-programme adult cells to work like stem cells -- precursors that are capable of developing into any other cell in the human body.

Her work was published in the international journal Nature.

The study was top news in Japan, where the photogenic and Harvard-trained Obokata became a phenomenon.

Journalists were beguiled by eccentricities that included her insistence on wearing a housewife's apron in the laboratory, instead of a white coat.

But media attention soon grew into scepticism as doubts emerged about her papers on Stimulus-Triggered Acquisition of Pluripotency (STAP).

Mistakes were discovered in some data published in two papers, photograph captions were found to be misleading, and the work itself could not be repeated by other scientists, leading to accusations the data had been doctored.

Obokata, who asserted that she created STAP cells some 200 times, has been trying since July, in tandem with independent teams, to reproduce her own results.

But her experiments were carried out under strict video surveillance while inspectors monitored test procedures.

"I worked hard for three months to show significant results ... but I'm so exhausted now and extremely puzzled," Obokata said in the statement.

The Britain-based Nature withdrew the flawed study after Obokata agreed in June to retract the papers.

Despite her resignation, Obokata may face disciplinary punishment due to her alleged fabrication, officials said.

Riken has pledged to restructure its Center for Developmental Biology where the scandal took place.

While Riken stopped short of declaring her claim was groundless, the government categorically denied it.

"Wrongness based on inexperience cannot be accepted in science," science and technology minister Hakubun Shimomura told a separate news conference.

"It has been confirmed that STAP cells do not exist," he said.

Ryoji Noyori, head of Riken, said the institute accepted her resignation "as we are concerned about an increase in the weight on her mind. She is a young person with a future. I hope she will positively take a step toward her new life."

Obokata's lawyer reportedly said she still believes that she had succeeded in producing the "dream" cells.