Montel Williams takes on Fox: You can 'not talk about race all you want, but it's just a game' 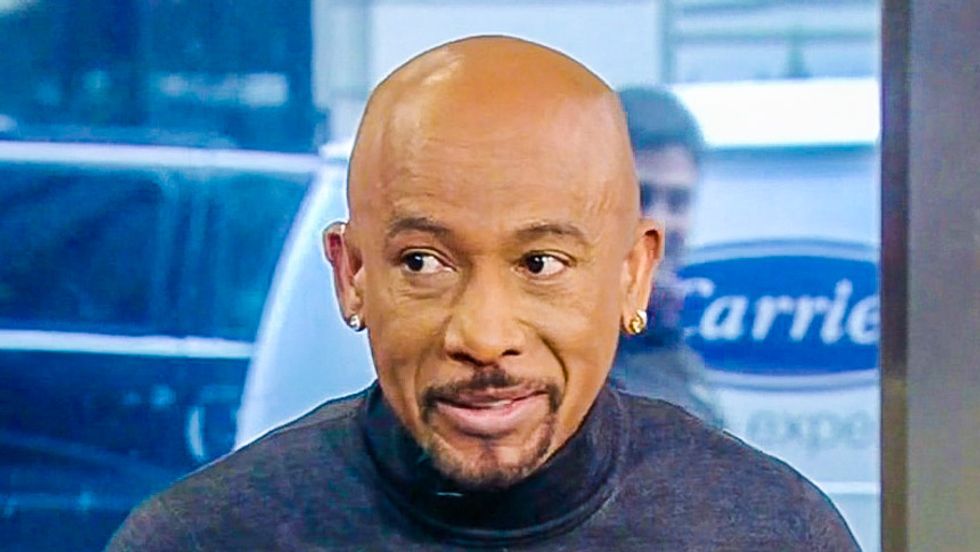 Talk show host and activist Montel William tried without success on Monday to get a group of Fox News hosts to have an honest discussion about why race was at the heart the protests over the recent killings of black men by police.

Out Numbered began its Monday coverage of the protests over a grand jury's decision not to indict the New York City Police officer who killed Eric Garner by showing white rioters in Berkeley, California, followed by a video clip of President Barack Obama talking about racism within the law enforcement community.

"What do the people in the streets want?" Fox News host Harris Faulkner wondered.

Williams pointed out that Fox News had shown a clip of Occupy protesters rioting in California, and suggested they needed to start by having a "real discussion about race."

"The discussion is not about 'Are we more racist today than we were yesterday, do we hate more black people today than we did yesterday?' Why don't we have a discussion about what's the problem and discuss it?"

As if she was trying to make Williams' point, Fox Business host Melissa Francis asserted that "one of the problems is financial."

"I mean, if you look at what has happened in this country since the president has been in office, the divide between rich and poor has grown dramatically," she said. "A lot of that has to do with the Federal Reserve's policy. One of the things, the main thing that has increased has been the stock market. That has only benefited people who are wealthy enough to invest there."

"See, this is what I'm talking about," Williams interrupted, throwing up his hands. "This is the excuse. We will not talk about the problem."

"You don't think money is the problem?" Francis shot back.

"How about the fact that we have over 53 percent of our Congress that are millionaires plus, and about 28 percent of them are multimillionaires, and about 15 years ago, we didn't have that?" Williams replied. "What's going on in disparity in this county is maybe people passing some of the laws don't give a damn about the people no matter what color they are."

"You're saying money is the problem, let's talk race. Race is the problem!" Williams added. "In this country, right now today, there are certain cities in this country where, you know, blacks stand a chance of being incarcerated at 100 times more than any other race. Let's have the discussion."

"You can play the game with money and not talk about race all you want," Williams quipped, turning his head away from Francis. "But it's just a game. So, let's face it."

Apparently co-host Jedediah Bila also missed Williams' point because she argued that "the problem" was that a segment of the protesters had just come out to party and take "selfies."

At no point did the hosts address Williams' point that blacks were statistically targeted by police more than other ethnicities.

"As long as we don't ever talk the issue, it will never get solved," Williams concluded.

Watch the video below from Fox News' Out Numbered, broadcast Dec. 8, 2014.