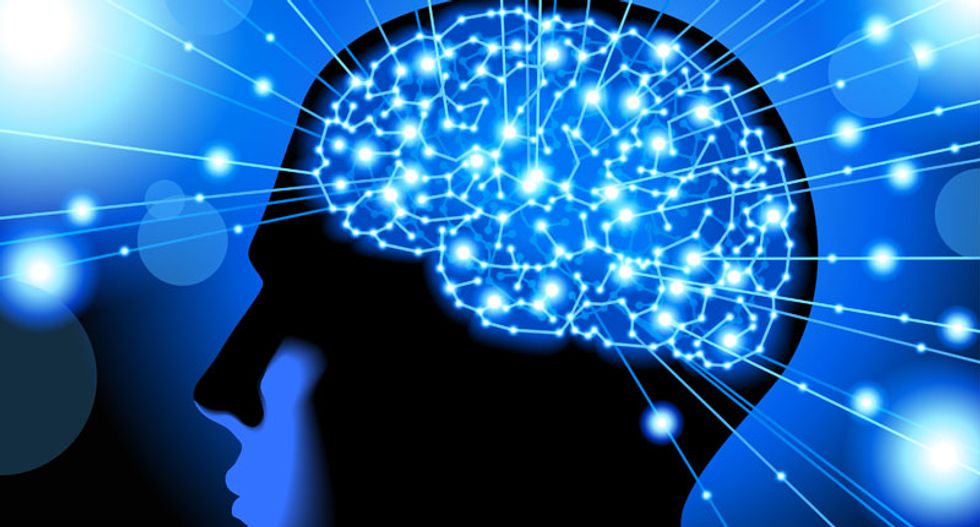 A team of neuroscientists at University College London has developed a new way of simultaneously recording and manipulating the activity of multiple cells in the brains of live animals using pulses of light.

The technique, described today in the journal Nature Methods, combines two existing state-of-the-art neurotechnologies. It may eventually allow researchers to do away with the cumbersome microelectrodes they traditionally used to probe neuronal activity, and to interrogate the brain’s workings at the cellular level in real time and with unprecedented detail.

One of them is optogenetics. This involves creating genetically engineered mice expressing algal proteins called Channelrhodopsins in specified groups of neurons. This renders the cells sensitive to light, allowing researchers to switch the cells on or off, depending on which Channelrhodopsin protein they express, and which wavelength of light is used. This can be done on a millisecond-by-millisecond timescale, using pulses of laser light delivered into the animals’ brains via an optical fibre.

The other is calcium imaging. Calcium signals are crucial for just about every aspect of neuronal function, and nerve cells exhibit a sudden increase in calcium ion concentration when they begin to fire off nervous impulses. Using dyes that gives off green fluorescence in response to increases in calcium concentration, combined with two-photon microscopy, researchers can detect this signature to see which cells are activated. In this way, they can effectively ‘read’ the activity of entire cell populations in brain tissue slices or live brains.

Calcium-sensitive dyes are injectable, so targeting them with precision is difficult, and more recently, researchers have developed genetically-encoded calcium sensors to overcome this limitation. Mice can be genetically engineered to express these calcium-sensitive proteins in specific groups of cells; like the dyes before them, they, too, fluoresce in response to increases in calcium ion concentrations in the cells expressing them.

Each of these methods is extremely powerful when used alone. Earlier this year, for example, researchers at MIT used optogenetics to label and then manipulate the neuronal populations encoding memories in the mouse brain, while a team at Janelia Farm used calcium imaging to visualise the firing of every single neuron in the embryonic zebrafish brain.

Adam Packer and his colleagues created a strain of mice expressing the Channelrhodopsin protein and an ultrasensitive calcium-binding protein in neurons in the barrel cortex, the part of the brain that receives sensory information from the whiskers. In this way, they could optogenetically activate specific cells while also using high-speed calcium imaging to visualise how they and other cells in the population react to stimulation, through transparent ‘windows’ scraped into the animals’ skulls.

The combination of methods enabled the researchers to determine which neurons contribute to a particular function, and then target them very precisely. To demonstrate the precision of the technique, they used a programmable device called a spatial light modulator that splits the light beam into a hologram consisting of smaller ‘beamlets’, and then simultaneously activated six neurons arranged in the shape of a smiley face.

There are other ways of simultaneously reading and writing neuronal activity, but they have drawbacks. Microelectrodes alone can be used to stimulate some cells and record from others, or stimulating electrodes can be combined with an imaging technique. This produces interference between the input and output channels, however, that can affect the results.

With the new approach, the frequency of light used to stimulate neurons does not overlap with that emitted by the calcium sensor, so there is minimal interference between the two channels, and the holographic light beam stimulates neurons with a ‘fast scanning’ procedure lasting just 2 femtoseconds (billionths of a second) further reduces the interference.

The experiments show that the new all-optical method can indeed be used to simultaneously record and interfere with the activity of neuronal populations. They also show that it can be used continuously over several weeks, or even months, in awake, behaving animals. The researchers will undoubtedly continue to develop and improve upon the method, in order to learn more about the link between brain and behaviour and decipher the corresponding neural codes.

“We’re excited about this,” says senior author Michael Häusser. “It unites two revolutions in neuroscience and heralds a new era in which we can abandon electrodes and use light alone to probe neural circuits during behaviour.”