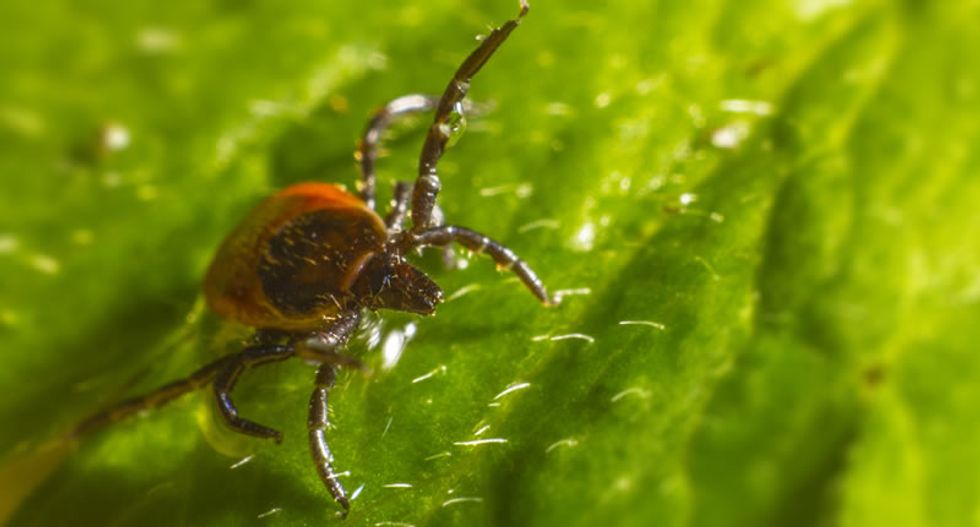 Portrait of a tick (Shutterstock)

According to the Centers for Disease Control and Prevention (CDC), the death of a Kansas man over the summer was caused by an incurable ailment called the "Bourbon virus," KSHB reports.

John Seested of Fort Scott, Kansas died over the summer from organ failure after he was bitten by a tick. Tests performed on him, however, were negative for all known tick-borne illnesses and he did not respond to any of the conventional treatments for them.

"It was very frustrating," Dana Hawkinson, the infectious diseases specialist who treated Seested told KSHB. "That's one of the biggest problems with my job, which I love, when we can't answer those questions, when we can't help the patients or their families."

His death certificate listed three causes of death, with tick-borne illness being third. His case remained a mystery until this week, when researchers with the CDC and the University of Kansas announced that Seested had died of what it was calling the "Bourbon virus," named after the county in which he contracted the disease.

There is no vaccine for the disease -- and the at the moment, there is not even a prescribed course of treatment. The CDC is investigating other tick-related deaths from the area to determine whether any of them were also caused by the newly named virus.

"This may be a cause of other people's illness as well and those will be steps we're going to be looking at with the CDC too," Dr. Hawkinson said. "We continued to push and have concerns as to why this happened. The CDC was on board with us and was able to help us with that and we were now able to identify this new virus."

Watch a report on the newly discovered virus via KSHB below.