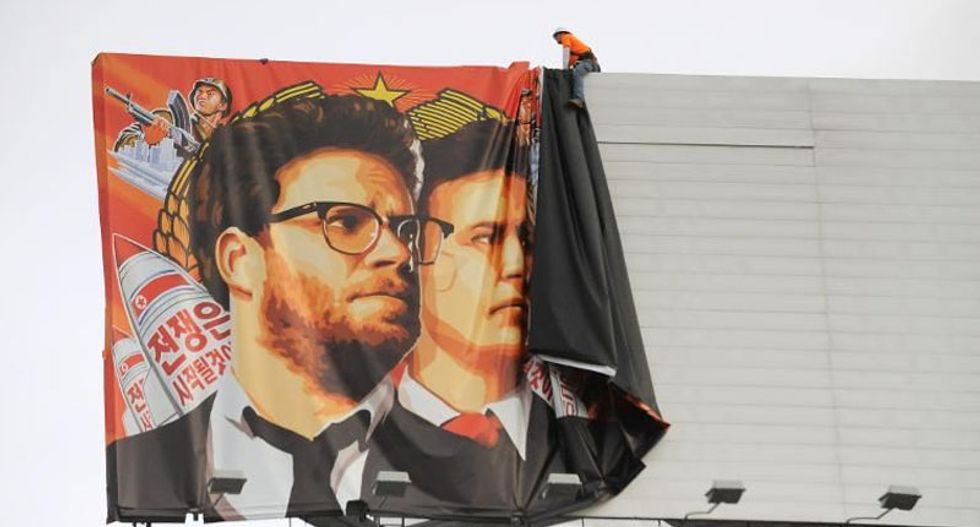 Workers remove a poster-banner for "The Interview" from a billboard in Hollywood, California, December 18, 2014 a day after Sony announced it was cancelling the movie's Christmas release due to a terrorist threat (AFP)

President Barack Obama is pleased Sony has decided to release "The Interview" in some theaters, after earlier bowing to pressure from a cyberattack blamed on North Korea, the White House said on Tuesday.

"The president applauds Sony's decision to authorize screenings of the film," White House spokesman Eric Schultz said in a statement.

"As the president made clear, we are a country that believes in free speech, and the right of artistic expression. The decision made by Sony and participating theaters allows people to make their own choices about the film, and we welcome that outcome," Schultz said.