Obama: Sony made a mistake by canceling the release of 'The Interview' 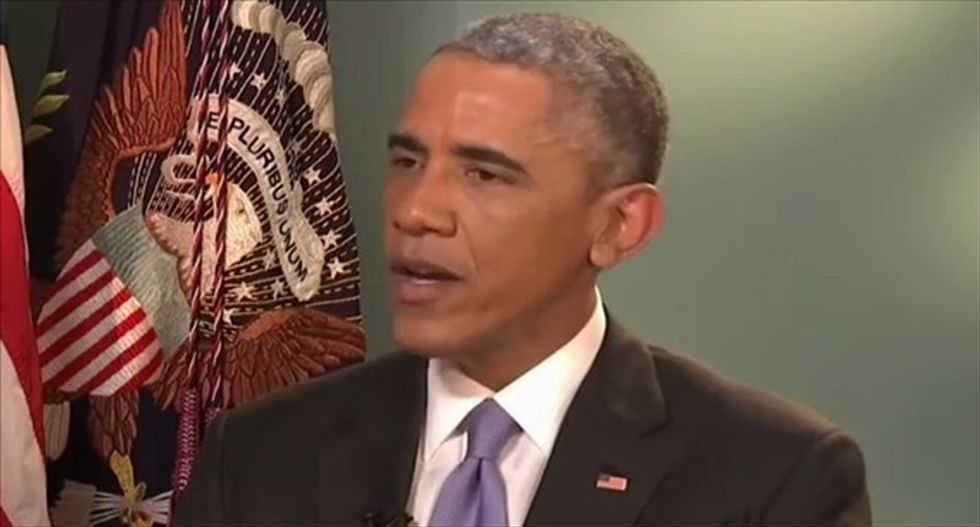 President Barack Obama vowed that the United States will respond to the devastating cyber attack on Sony Pictures blamed on the North Korean government.

Obama said the cyber attack "caused a lot of damage" to Sony but that he believed the company made a mistake in canceling the release of "The Interview," a comedy portraying the assassination of the North Korean leader, Kim Jong Un.

"We will respond," Obama told an end-of-year news conference. "We'll respond proportionally, and we'll respond in a place and time and manner that we choose."

Two hours before he spoke, the FBI announced that investigators had determined that North Korea was behind the hacking of Sony, calling it an unacceptable act of state-sponsored "intimidation."

It was the first time the United States had directly accused another country of a cyber attack of such magnitude on American soil and sets up a possible new confrontation between longtime foes Washington and Pyongyang.

The destructive nature of the attack, and threats from the hackers that led the Hollywood studio to pull the movie, set it apart from previous cyber intrusions, the FBI said.

A North Korean U.N. diplomat said Pyongyang had nothing to do with the cyber attack. "DPRK (North Korea) is not part of this," the diplomat told Reuters on condition of anonymity.

Obama said he wished that Sony had spoken to him before yanking the movie, suggesting it could set a bad precedent. "I think they made a mistake," he said. "I wish they'd spoken to me first."

He added: "We cannot have a society in which some dictator someplace can start imposing censorship here in the United States."

Despite that, Obama's options for responding to the computer attack by the impoverished state appeared limited.

North Korea has been subject to U.S. sanctions for more than 50 years, but they have had little effect on its human rights policies or its development of nuclear weapons. It has become expert in hiding its often criminal money-raising activities, largely avoiding traditional banks.

The FBI said technical analysis of malware used in the Sony attack found links to malware that "North Korean actors" had developed and found a "significant overlap" with "other malicious cyber activity" previously linked to Pyongyang.

(Writing by Matt Spetalnick, additional reporting by Susan Heavey in Washington and Ju-min Park and Jack Kim in Seoul, Editing by David Storey)