Right wing candidate: I know gays like animal sex because a 'homosexual donkey' tried to rape my horse 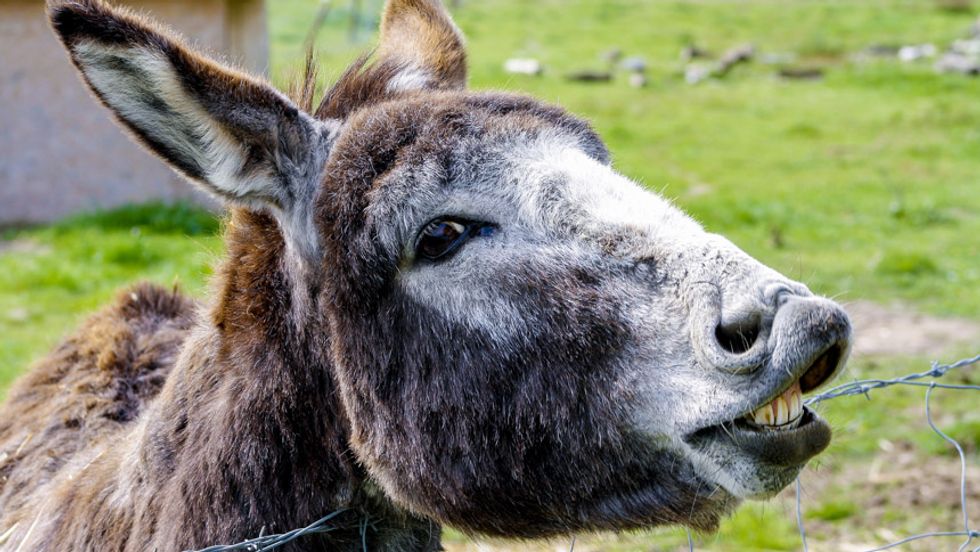 John Rees-Evans, a candidate with Britain's right wing UK Independence Party, recently said that he knew that LGBT people like to have sex with animals because a "homosexual donkey" tried to rape his horse.

During a protest against the UK Independence Party, a demonstrator asked Rees-Evans if he agreed with another member of his party who had asserted that “some homosexuals prefer sex with animals," The Independent reported.

“Actually, I’ve witnessed that,” Rees-Evans told the protester. “I’ve got a horse and it was there in the field. And a donkey came up…which was male, and I’m afraid tried to rape my horse.”

The candidate said that he had to "give my horse a slap" to protect the donkey from being bitten on the neck.

Rees-Evans opined that the theory that gays enjoyed sex with animals was "obviously correct because the homosexual donkey" preferred his male horse.

The candidate, however, did leave open the possibility that it was all just a "bizarre coincidence."