The people have spoken! Kirk Cameron's 'Saving Christmas' is IMDB's worst film of all time 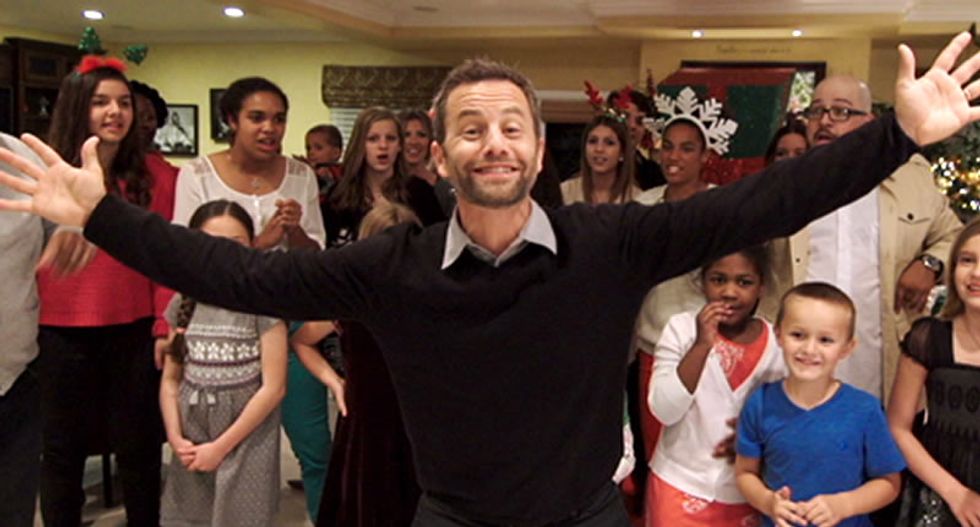 Not only does the film have a 0 percent approval rating among professional critics on Rotten Tomatoes, it is now the most poorly rated film on the Internet Movie Database, meriting only 1.3 stars out of 10.

In order to appear on the list, a film "must have received at least 1,500 votes," which means that a significant number of the site's users felt it to be significantly worse than the Carmen Electra vehicle Disaster Movie (1.9 stars), Mariah Carey's unwatchable biopic Glitter (2.1 stars), and John Travolta's ode to Scientology, Battlefield Earth (2.3 stars).

Despite recent stream of credible rape allegations against its star, even Bill Cosby's disastrous foray into science fiction, Leonard 6, is able to maintain 2.3 stars.

The reason for the abysmal reviews could be that, as the Times' Ben Kenigsberg noted, Cameron's delivery in the film is so forced "you half expect the camera to pull back to reveal hostage takers." Or because, in the words of MLive's John Serba, "Cameron's preferred tool of engagement is a prybar, applied to your eyelids with an indelicate hand."

This is not to say the film has not been popular among some groups -- it has currently grossed $2.2 million, and if Cameron's Facebook post on Wednesday is to be believed, it is about to receive a wider distribution:

Post by Kirk Cameron.
Report typos and corrections to: corrections@rawstory.com.
Like this article ? Text `Support` to 50123 to donate.
READ COMMENTS - JOIN THE DISCUSSION