The real reason wheat is toxic? It's not what your friend shared on Facebook 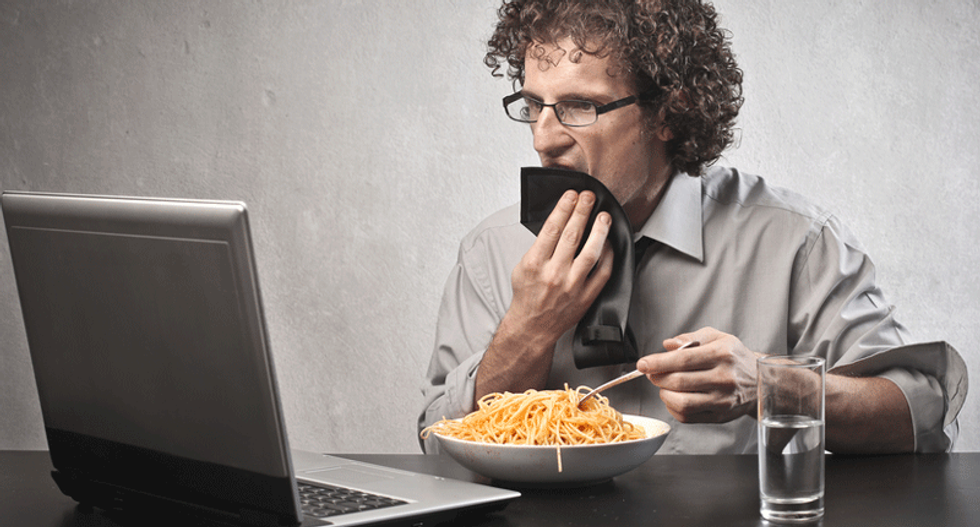 Man eating pasta in front of a laptop (Shutterstock)

A scary blog post about the toxic dangers of wheat recently went viral. Its claims are completely bogus.

A blog post called “The Real Reason Wheat Is Toxic (it’s not the gluten)” recently went viral. Only, the claims the post makes are at best, dubious, and more likely, just plain wrong.

In brief, here’s what it says: wheat is bad for you because most wheat in the U.S. is sprayed with Roundup before harvest. This wheat, by the way, is not genetically engineered. If it was “Roundup Ready,” like the majority of corn, cotton, canola, and soybeans, then the Roundup would only kill the weeds, but not the crop. In this case, the Roundup kills the crop.

According to the blog post, “Pre-harvest application of the herbicide Roundup or other herbicides containing the deadly active ingredient glyphosate to wheat and barley as a desiccant was suggested as early as 1980. It has since become routine over the past 15 years and is used as a drying agent 7-10 days before harvest within the conventional farming community.”

It then draws a link between the rise in celiac diagnoses and the use of glyphosate (Roundup) on wheat. For one thing, such a correlation does not prove a link between the two. If anything, it gives us reason to investigate a possible link. But other reasons could be to blame for rising instances of celiac disease, and to claim that you have the answer without fully researching it is simply irresponsible.

But why is this article completely bogus altogether? Because all Roundup Ready corn, soybeans, canola, cotton, alfalfa, and sugar beets are also sprayed with Roundup too. If Roundup was the problem, you’d see people getting sick for each and every one of these crops, not just wheat.

Is wheat toxic? If you've got celiac disease, an allergy, or another type of wheat or gluten sensitivity, then it's certainly not for you. You might even wish to avoid non-organic wheat to steer clear of food sprayed with Roundup, but don’t believe everything you read on the internet, because it’s just not always true.