'Those who live in love live in God': Watch as UK bishop slams anti-gay Christians 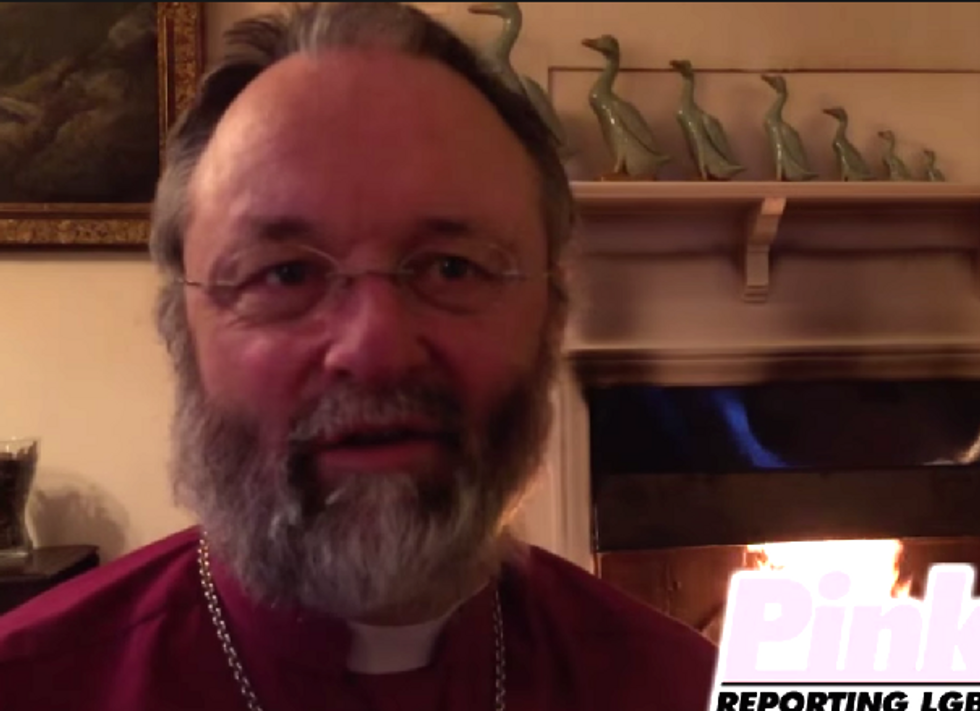 The Right Rev Dr. Alan Wilson, Britain's Bishop of Buckingham, released a video on Christmas in which he congratulated all of the same-sex couples who have gotten married in the U.K. and went on to slam the Church of England for its treatment of LGBT people.

"Christians believe God is love and those who live in love live in God, and God lives in them. But, you may say, churches have a funny way of showing that sometimes. We still have a legacy of serious institutional homophobia, inertia and ignorance to overcome. The fact is, however, where people dare to think things could be different, think things through without prejudice, there is hope."

"Some gay clergy are now married. In very few years people will wonder what the fuss was all about," Wilson said. "But for now it’s a path that calls for considerable courage and determination. So please spare a thought this Christmas for them," said Wilson, in a message recorded for PinkNews.co.uk.

"If you’re the praying sort, do remember LGBTI people searching for hope at home in those churches that just don’t get equality," he continued.

He spoke briefly about how it's still not safe to be openly gay in many parts of the world, like Russia and Uganda.

"A Ugandan Member of Parliament is promising to bring back the notorious ant-gay bill that fell over this autumn. He calls it his Christmas gift to Ugandans -- very much the sort of present you can do without. Wouldn’t peace on earth and goodwill to everybody be far more appropriate?" Wilson said.

"But," Wilson concluded, "Christmas is Christmas. Love came down at Christmas, and the nativity story takes us back to the heart of everything. The miracle. The beauty of every human life is a Gift of God deserving total respect full of hope. Happy Christmas.”

Wilson is the author of the book, More Perfect Union: Understanding Same Sex Marriage and is considered one Britain's foremost progressive clergy.

Watch the video, embedded below via PinkNews.com: