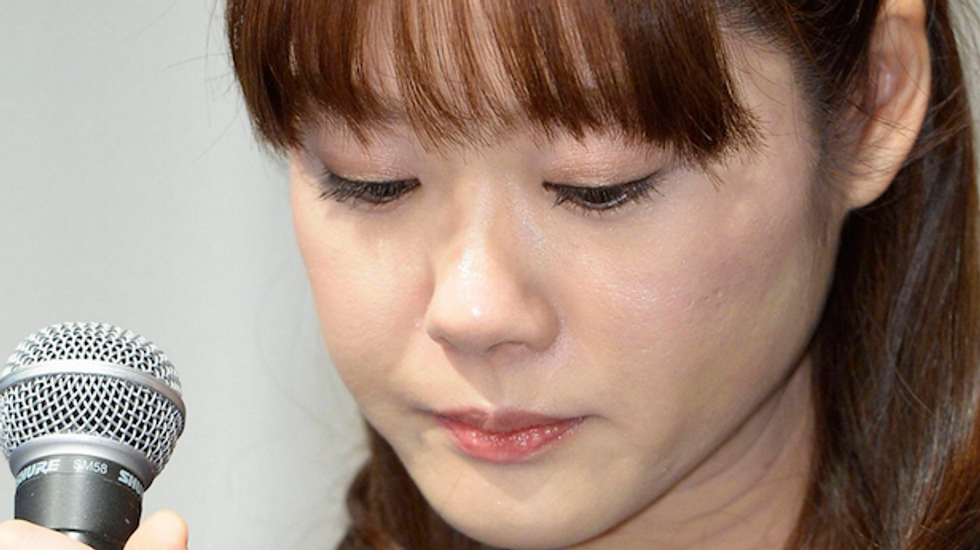 Japan's top research institute on Friday hammered the final nail in the coffin of what was once billed as a ground-breaking stem cell study, dismissing it as flawed and saying the work could have been fabricated.

The revelations come a week after a young researcher at the centre of the scandal, which has rocked the country's scientific establishment, said she would resign after failing to reproduce the successful conversion of an adult cell into a stem cell-like state, known as "STAP" cells.

The failure marked a stunning fall from grace for 31-year-old Haruko Obokata, whose co-researcher committed suicide amid the embarrassing scandal that prompted respected science journal Nature to retract an article detailing the research.

On Friday the government-backed Riken institute, which sponsored the study, said embryonic stem cells had been added in the process of the research, hammering Obokata's contention that she had found an easier way to generate new stem cells in the lab.

"But we can't conclude whether the mixing was done on purpose or by mistake nor can we conclude who did it," probe team chief Isao Katsura, head of the National Institute of Genetics, told a news briefing in Tokyo.

The study was top news in Japan, where the photogenic Obokata, a Harvard-trained scientist, became a phenomenon.

But media attention soon grew into scepticism as doubts emerged about Obokata's papers on Stimulus-Triggered Acquisition of Pluripotency (STAP).

Mistakes were discovered in some data published in two papers, photograph captions were found to be misleading, and the work itself could not be repeated by other scientists.

On Friday the head of the probe team, which was made up of scientists outside the institute and lawyers, said the committee interviewed Obokata three times.

"During the last of our interviews we told her that we had enough evidence to show the mixing-in (of embryonic stem cells)," Katsura said.

"Then, before us asking anything, Ms.Obokata said 'I've never mixed them.'"

Embryonic stem cells are prototype "mother" cells found in early-stage embryos, with the potential to become any kind of tissue in the body. But critics argue that an embryo is a human life, pointing to ethical problems.

Another way of generating stem cells from adult skin cells, called induced Pluripotent Stem (iPS), are cumbersome compared with the method which Obokata claimed to have discovered, scientists have said.

Obokata, who earlier said she created STAP cells some 200 times, since July has been trying in tandem with independent teams to reproduce her own results.

She claimed there was a secret knack for creating STAP cells, but has refused to publicise it, asserting it is a subject of her future papers.

Riken has pledged to restructure its Center for Developmental Biology where the scandal took place.