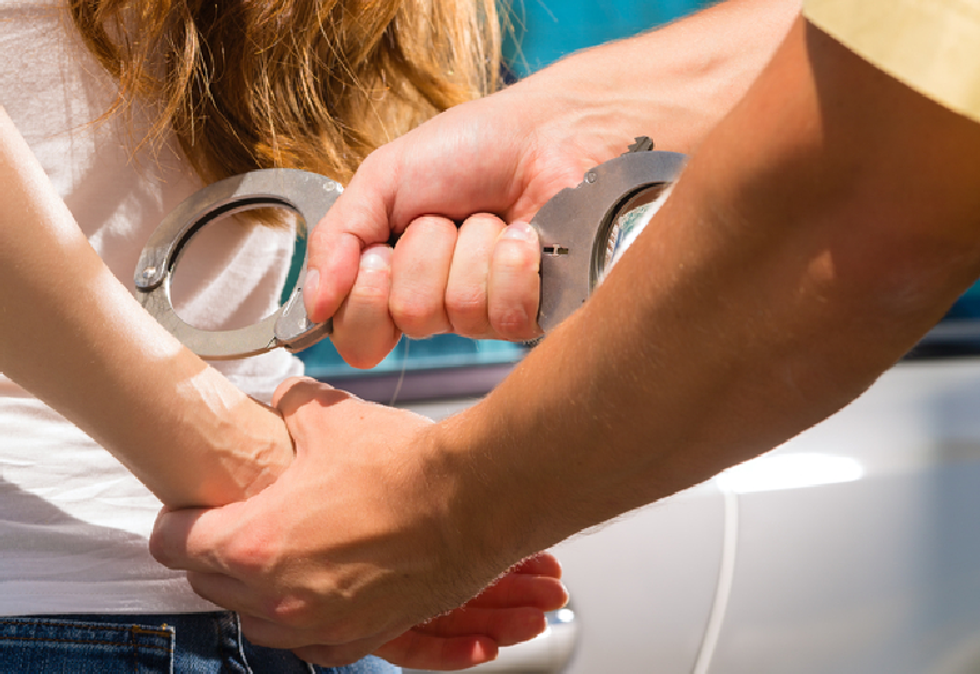 In video uploaded to YouTube on Friday, a female Mesa, Arizona police officer can be seen punching and brutalizing a teen girl as her mother begs the officer to stop.

According to the Free Thought Project, the 15-year-old girl was a runaway who the police officer was attempting to apprehend.

As a witness filmed, the officer walked up to the girl and punched her, knocking her down. She then put the girl in a chokehold -- even after the teen's mother begged her and a second officer to stop, saying that the girl is asthmatic and has emotional issues.

"She just punched her in the face!" said the woman holding the camera.

As her legs kicked and flailed, the girl told the officers she couldn't breathe, screaming, "Stop!" over and over, but they continued to pin her against the pavement.

The second officer said that everything his comrade did was according to police procedure and that if she'd wanted to the officer "could have shot her dead."

Luis Paul Santiago, one of the witnesses, said on Facebook, "We're going to call her tonight, we got her info. Pretty sad she had asthma which explains why she was kicking like a fish."

Watch video of the incident, embedded below: