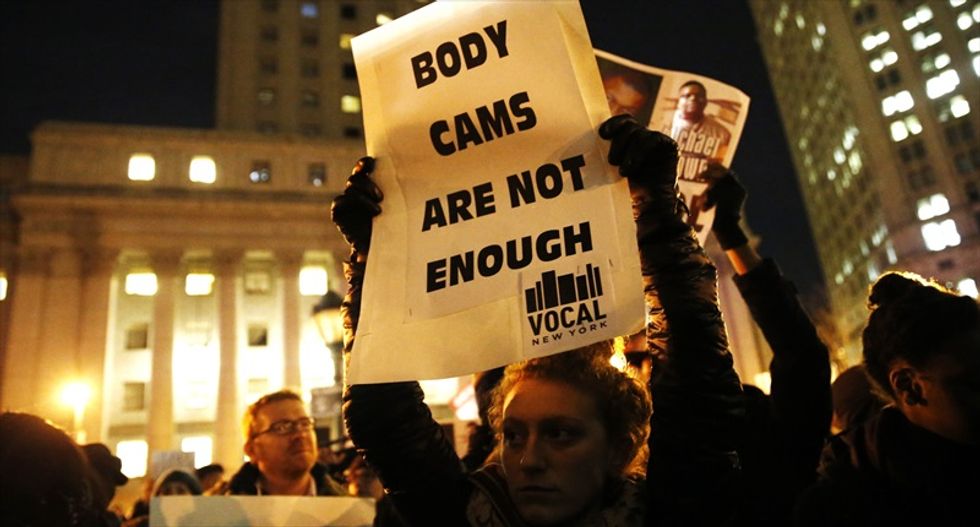 Protesters gather in Foley Square in lower Manhattan in New York City demanding justice for the death of Eric Garner on Dec. 4, 2014. Photo by Shannon Stapleton for Reuters.

Protests continue in New York City and elsewhere following a grand jury's decision not to indict a local police officer in connection with the death of Eric Garner.

Earlier in the evening, demonstrators held a 7-minute "die-in" taking place at Herald Square. As the protest continued, another protest march was approaching. The protest can be seen here.

Another demonstration march in the city, as streamed live by "stopmotionsolo," can be seen here.

At the same time, there is a protest in Boston, which can be seen via Javier Salvo's livestream here.