Why putting butter in your coffee is a big, steaming cup of ‘bulletproof’ nonsense 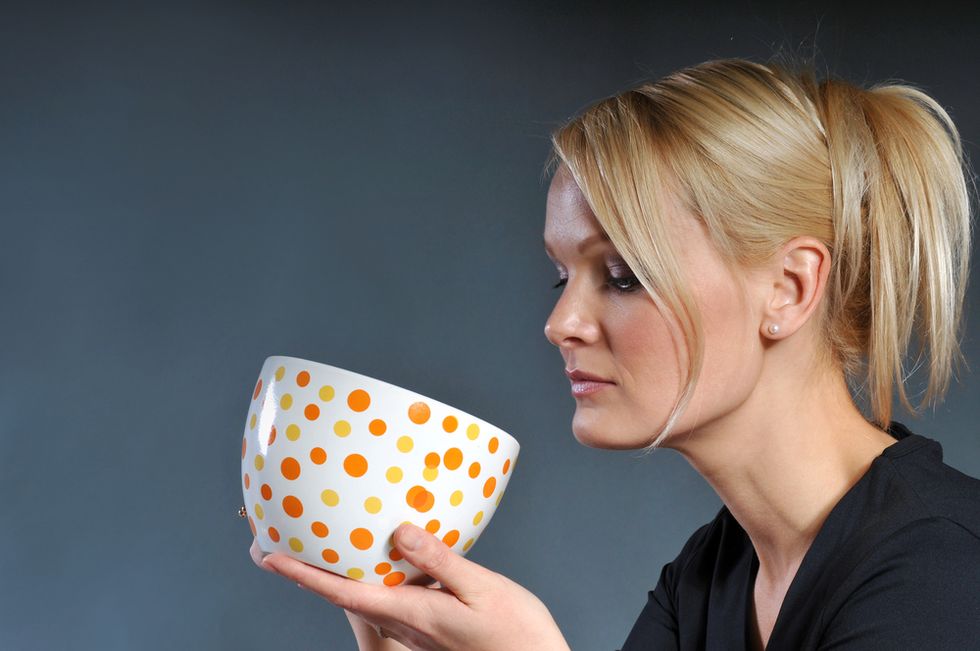 The so-called "Bulletproof Diet," a diet plan that includes megadoses of butter and which discourages healthy eating, is facing accusations that it is based on junk science and a set of spurious, cherry-picked data.

According to Vox health writer Julia Belluz, the fad-diet program is ultimately only useful as an exemplar of gimmicky, bogus diets that don't lead to long-term weight loss and which should be avoided by anyone who is serious about improving their health.

"(T)he Bulletproof Diet," Belluz wrote, "brings together in one place everything that should make you skeptical of fad diets. It's a teachable moment and its various offenses serve as a collection of giant, red warning flags."

Belluz said she approached The Bulletproof Diet book and its author Dave Asprey with a healthy measure of skepticism, but when she looked closely at the diet plan and its high-priced range of associated foods and other diet products, "I was blown away," she said, at how rife with pseudo-science and quackery the plan's claims are.

"The Bulletproof Diet is like a caricature of a bad fad-diet book," she wrote. "If you took everything that’s wrong with eating in America, put it in a Vitamix, and shaped the result into a book, you'd get the Bulletproof Diet."

Like all fad diets, Asprey's plan says that it unlocks the one simple secret to universal weight loss that no other diet plan has uncovered. Using Asprey's diet plan and buying his products, The Bulletproof Diet's book jacket says, will make you lose "a pound a day."

Belluz counters that every nutritionist and dietician she has ever spoken to on the subject says that there is absolutely no universal secret to weight loss. Every person is different and everyone's body reacts in different ways to changes in diet and activity levels.

Research has concluded that virtually no diet plan, from Atkins to Weight Watchers to "paleo" dieting offers more than modest long-range results. On the positive side, that means dieters can expect to achieve some results with virtually any plan they like, so long as they stick to it. The bad news is that the vast majority of dieters only ever see small changes in their weight in the long term.

That research also found that the more dramatic a person's diet has to change for a diet plan, the more likely they are to fail to adhere to their new regimen. The Bulletproof plan, Belluz notes, is essentially another high-protein diet that de-emphasizes carbs and emphasizes fats, derides fruits as being loaded with sugar, and orders dieters to eliminate all grains and legumes.

Bulletproof dieters, Asprey -- who bills himself as a "biohacker" who has unlocked the body's fat-storing computer codes -- says, should begin their day with a cup of coffee loaded with butter.

“It’s a gateway drug for taking control of your own biology,” he told the New York Times.

The butter, which, Asprey says, must be made from the milk of grass-fed cattle, acts as a powerful anti-inflammatory in the body, enabling the system to somehow eliminate and burn fat more efficiently.

Belluz noted that the science on anti-inflammatory diets is still inconclusive, but the word on low-carb diets is that they are ultimately unsustainable. People simply find the regimes too difficult to keep up and go off of them, causing them to gain back the weight they lost, and often more.

She also noted that the Bulletproof plan is a classic fad diet in that it asserts that normal foods that you and everyone currently eat are "toxic."

Corn, soy and raisins, Asprey says, are toxic. Raw kale, raw spinach, hazelnuts, almonds, chickpeas and certain other foods are in some middle ground between "toxic" and "bulletproof," but like many fad diets, Asprey's advice is to eliminate an entire food group from your diet: grains and legumes.

"To find out about the evidence behind this system" of low-inflammation eating, Belluz said, "I looked at a bunch of the citations for the claims that he makes about food. What I found was a patchwork of cherry-picked research and bad studies or articles that aren't relevant to humans. He selectively reported on studies that backed up his arguments, and ignored the science that contradicted them."

Yes, Belluz said, some of Asprey's weight-loss techniques will be highly useful to you, if you're a mouse or a lab rat, but not if you're a human being.

And finally, Belluz said, like all true hucksters and snake-oil salesmen, the real bottom line of Asprey's pitch is that you should buy his products.

"Alarm bells should go off any time someone claims that you should buy their expensive products for your diet," she said. "Especially when the products come with miracle promises, like Asprey's Unfair Advantage, which he suggests will help your body grow new mitochondria (the energy powerhouses of cells)."

Mayo Clinic dietician Lisa Dierks told Belluz that while everyone's body has a different path to weight loss, there are certain things that are universally accepted: "(E)at mostly plants, do some exercise, don't smoke, and don't drink too much."

The problem with that plan, of course, is that while it may be highly effective at helping people lose weight, it's highly ineffective at making the people who write diet books any richer.