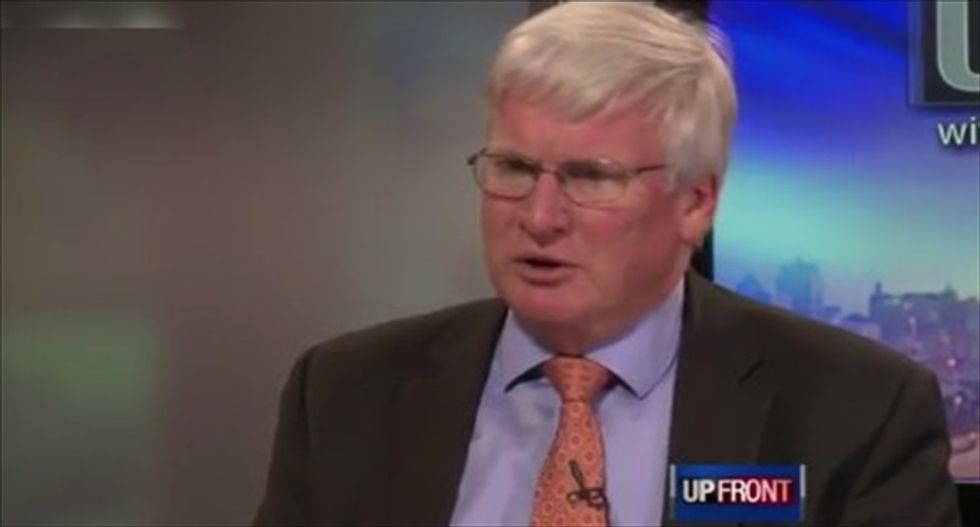 A newly-elected Republican congressman from Wisconsin made his case for welfare reform by saying the federal government "bribes" single mothers into not looking for work, Crooks and Liars reported.

"A single parent with a couple kids can easily get $35,000 a year in total benefits between the health care and the earned income credit and the FoodShare and the low-income housing and what have you," Glenn Grothman said during a televised interview on Sunday. "And that's after taxes. How many people make $35,000 a year after taxes? Most people don't."

Grothman, who was a state senator before being elected to Congress, did not disclose the source of that statistic. But according to the Huffington Post, his argument seems to be drawn from a study of state-by-state benefits for single mothers by the Cato Institute, a Libertarian group.

"When you look at that amount of money, which is in essence a bribe not to work that hard or a bribe not to marry someone with a full-time job, people immediately realize you have a problem," Grothman told interviewer Mike Gousha. "Then as soon as you realize you have a problem and something has to be done, then you look at the generosity of the benefits and see what you can do to pare them back."

"Well, if you tell somebody you're going to get $35,000 if you don't get married and you're not going to get anything if you marry somebody making 50 grand a year," Grothman responded. "It's certainly a strong incentive not to raise children in wedlock."

"In nine states — Hawaii, Massachusetts, Connecticut, New Jersey, Rhode Island, New York, Vermont, New Hampshire, and Maryland — as well as Washington, D.C., annual benefits were worth more than $35,000 a year," the institute's report stated. "The median value of the welfare package across the 50 states is $28,500."

Grothman did not mention that Wisconsin was not among the states the institute mentioned. The study was also criticized by a progressive group, the Center for Budget and Policy Priorities (CBPP).

The Cato report, CBPP stated, overestimates the number of low-income families that are eligible for all seven programs at once. This contradicts Cato's own statement that only 16 percent of families getting TANF benefits also receive housing assistance.

Grothman was elected last month after defeating Democrat Mark Harris in the general election for the state's 6th congressional district seat. Earlier this year, he complained that Secretary of State John Kerry had upset God after criticizing anti-LGBT laws in Uganda. He has also opposed both the federal holiday celebrating Dr. Martin Luther King Jr.'s birthday and the African-American celebration of Kwanzaa.

Watch Grothman's remarks, as posted by Crooks and Liars, below.