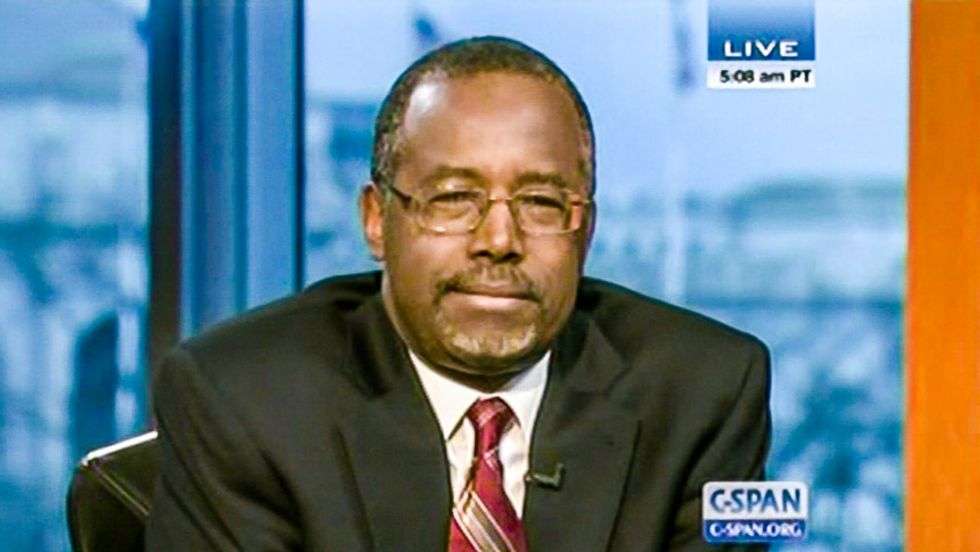 Potential Republican presidential candidate Ben Carson argued on Monday that President Barack Obama might not have ruined the opportunity to elect future black presidents because Americans knew that he was "half white."

One of the callers said that he had seen Carson on Fox News, and had decided that the former neurosurgeon "should have been the first black president."

"You embody what MLK wanted for the black community," the caller insisted. "If you run for president, I'll spread the word for people to vote for you."

After thanking the caller, Carson explained that Obama had not spoiled a chance at the presidency for future black candidates.

"People say there probably won't be another black president in our lifetime because of all the things that have happened under the first one," he noted. "But my answer to that is, isn't he half white?"

"So, that means we're not going to have another white president either. That's kind of a stupid argument."