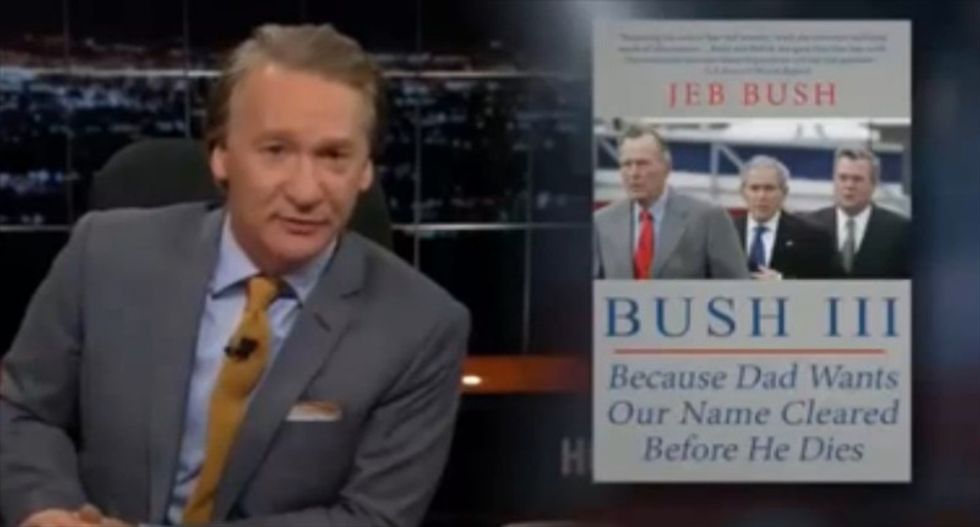 With the presidential election just under two years away, Real Time host Bill Maher said on Friday, the first sign of a prospective candidacy is the release of a book laying out their ideas for the country.

"It's de rigeur," Maher told his panelists. "You gotta put out that pablum book."

With that in mind, Maher joked, his staff "hacked emails" in order to gain access to what he said were the working titles of books released by various conservative figures.

"Rick Perry has a book: Fed Up! Our Fight To Save America From Washington," Maher said. "Original title? Bush For Dummies: Guvamint Allwaze Rong."

"As soon as Jeb Bush said he was getting in, Mitt Romney was like, 'I gotta get in there, I'm not gonna get the money; Chris Christie's gonna eat my lunch. And then get the donor money.'" Maher said.

While everyone from Mike Huckabee to Rand Paul to Ben Carson had released their own books, Maher also covered billionaire Donald Trump's latest literary offering, Think Big: Make It Happen In Business And Life.

"Better than the working title, Me Want Banana, Me Climb There: Inside The Mind Of a Half-Human, Half-Orangutang Billionaire," Maher said, before daring Trump, "Oh, go sue me again!"