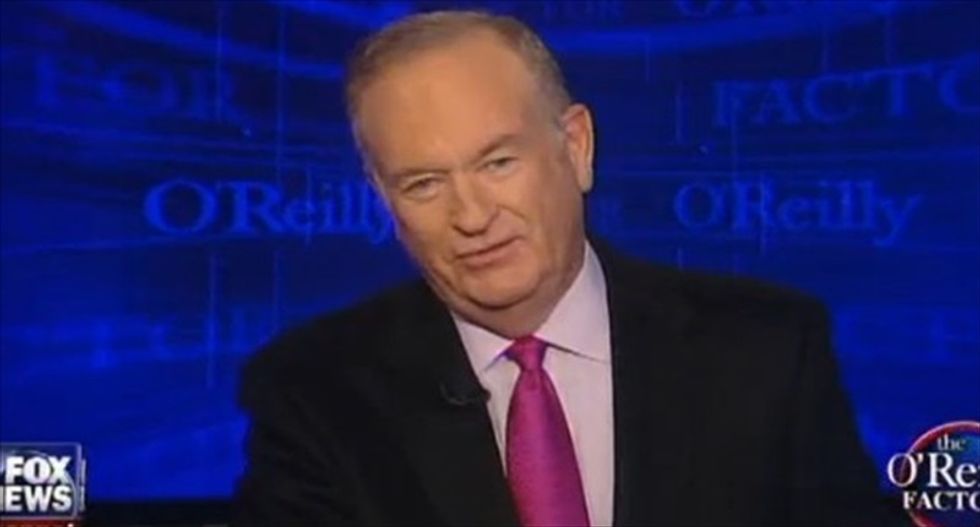 Fox News host Bill O'Reilly said on Monday that President Barack Obama's upcoming tax increase proposal is just part of a longer game on the part of the Democratic Party.

"Mr. Obama well knows Republicans will not accept a tax hike, believing it would be bad for the economy," O'Reilly argued. "The President doesn't really care. He continues to play Robin Hood, trying to take from the rich and appropriate the money to the poor and working class. With no hope -- no hope -- of getting more tax increases, Barack Obama is simply setting up Hillary Clinton's run for the presidency in 2016."

As ABC News reported on Sunday, Obama will reportedly announce the proposal during Tuesday's State of the Union address. The president will reportedly call for the elimination of the "trust fund loophole," as well as raising the capital gains rate to 28 percent and adding heirloom and bequest exemptions for middle-class taxpayers.

But O'Reilly took issue with both the plan and a Washington Post/ABC News poll showing an increase in Obama's approval rating, arguing that it ran counter to a Fox News poll.

Instead, O'Reilly said that the address itself has always been "an evening of propaganda."

"The truth is, the president's economic policies haven't really worked," the Factor host said. "America's stature overseas has fallen, and there is no effective plan to counter the jihad."

O'Reilly blamed the "perception of an improving economy" and a decline in gas prices around the country for Obama's uptick in popularity in spite of what he called a stifled economy.

"He needs to just stop. Finally, the situation is improving slightly. Please don't muck it up with the social justice stuff."