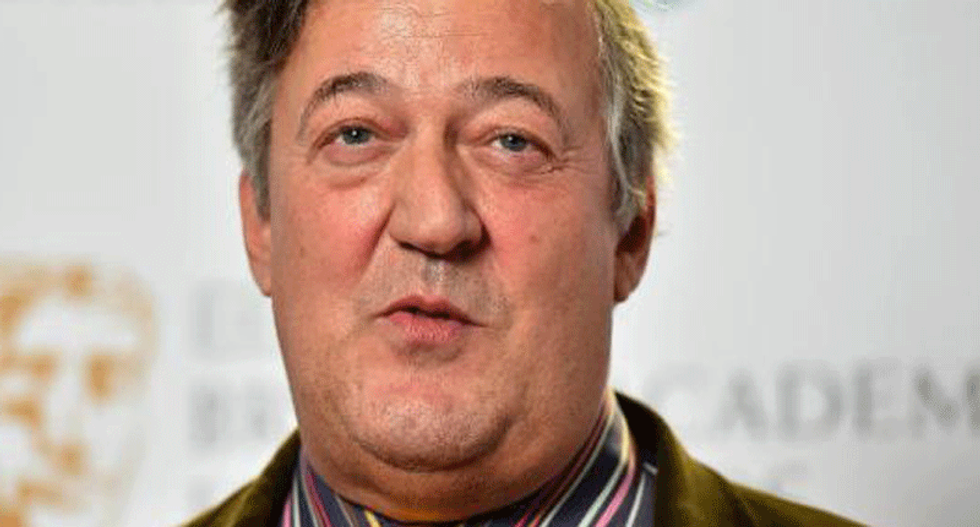 British actor Stephen Fry announced on Saturday that he married his boyfriend, posting the couple's photo on Twitter to his nearly 8.5 million followers and saying: "Amazing."

The 57-year-old, who made his name in cult television shows "Blackadder" as well as "Jeeves and Wooster", wed 27-year-old Elliot Spencer in a register office.

Fry, who was nominated for a Golden Globe for playing gay writer Oscar Wilde in the 1997 movie "Wilde", also used Twitter earlier this month to confirm his engagement.

In his message on Saturday, he wrote: "Gosh. @ElliotGSpencer and I go into a room as two people, sign a book and leave as one. Amazing."

A photograph of the couple showed Fry in a grey suit with a multicoloured tie and Spencer in a black suit with a blue tie, both with matching flowers in their buttonholes.

The Twitter message gave no other details, but the pair had registered their intention to marry in Dereham in Norfolk, eastern England, near where Fry grew up.

Fry, who currently hosts the BBC panel show "QI", gave his occupation as "actor" and Spencer was listed as a "writer" in official documents.

Confirming media reports of his engagement on January 6, Fry said: "I'm very, very happy of course but had hoped for a private wedding. Fat chance!"