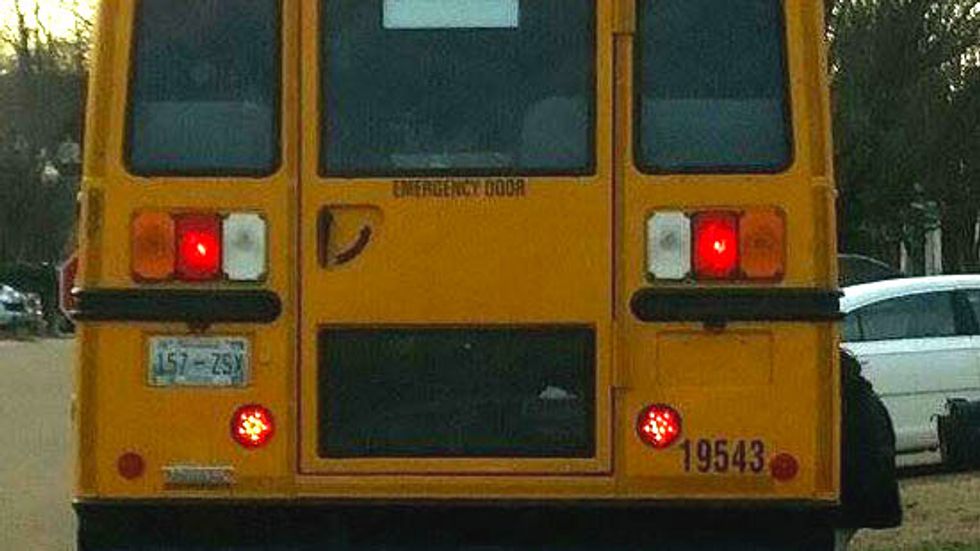 A Christian mom in Cordova, Tennessee is worried that occult influences are lurking in her town and showing their presence in the unlikeliest of places, the red tail lights of local school buses.

Memphis' Action News 5 reported Wednesday that Robyn Wilkins snapped a photo of the tail lights while she sat behind a bus in traffic. To her, the pattern of tiny light bulbs under each brake light's red plastic lens looked like inverted five-pointed stars, which form the ancient symbol of the pentagram when enclosed by a circle.

"Anyone who fears a God, if not God and Jesus Christ, should be outraged," the worried mother told Channel 5.

Pentagrams are a sacred symbol to various ancient faiths. Some Satanists and occultists have adopted it as their holy symbol, but other faiths use it as well.

Wilkins and other concerned parents have taken to social media to protest the brake lights, which they say constitute a sacred symbol emblazoned on a government vehicle.

"If you can't put a cross on there, you cannot put a pentagram on it," said Wilkins.

She believes the lights should be removed from the buses and replaced with a single red bulb.

The Shelby County School District declined to comment to Channel 5 about the brake lights.