Colorado candidate points AR-15 at man in park, gets arrested again for impersonating cop while in jail 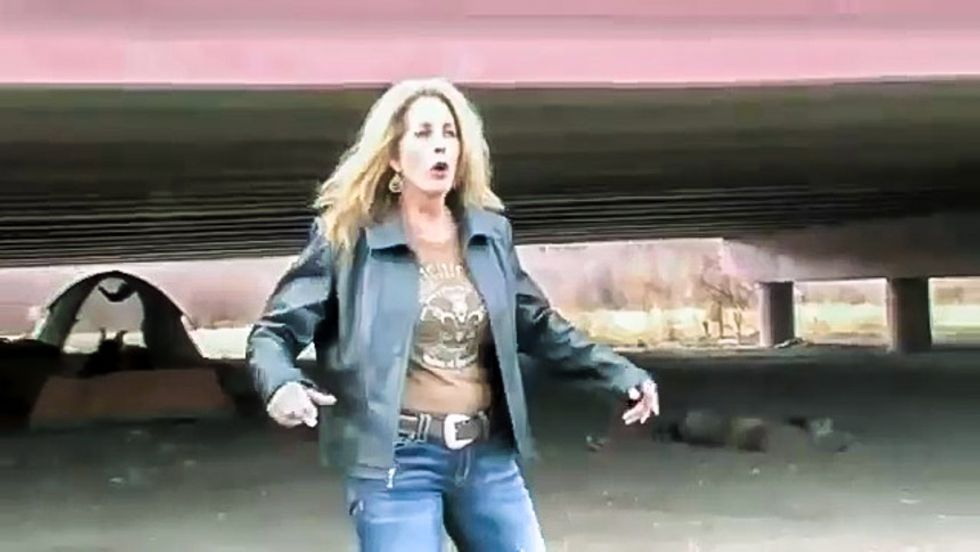 A mayoral candidate in Colorado Springs was arrested on Monday after she allegedly threatened a man with a military-style assault rifle, and then was arrested again for impersonating an officer while she was still in jail.

Colorado Springs police said that mayoral candidate Justine Herring pointed an AR-15 at a man in Memorial Park on Saturday, according to KOAA.

And while Herring was being held for the first crime, she was arrested again for allegedly threatening a second person on the same day as the Memorial Park incident.

Herring faces two charges of felony menacing, and one charge of impersonating a police officer.

In November, KOAA published photos of Herring that were found on several adult escort websites.

"Are [you] ready for this Texas girl to tell you what you or I want??? I dare you to call on me. You will never forget-you will remember me! I am not afraid to take a chance! You??? Call me anytime," the online profile stated.

Herring claimed at the time that she had been the victim of identity theft.

She admitted, however, that she had a criminal history. "Violation of a protection order, a permanent restraining order, a DUI I got in Pueblo blowing a .011," she said.

Neighbors told KKTV that it was not unusual to hear shots being fired inside of her home.

"A lot of police, and a lot of times we don't know what it's for, but there's gun shots fired sometimes," one neighbor who wished to remain anonymous said.

Videos circulating online also showed Herring participating in a TV reality show. At one point, she was reportedly seen pulling out a gun after shopping at a liquor store.

According to WestWord, Herring's mayor campaign slogan is "Justice Is Coming 2015!" She has raised $300 for the campaign as of this week, KKTV reported.

Watch the video below from Herring's reality show.