Crooked narco cops: 10 outrageous ways police have enriched themselves on the drug trade 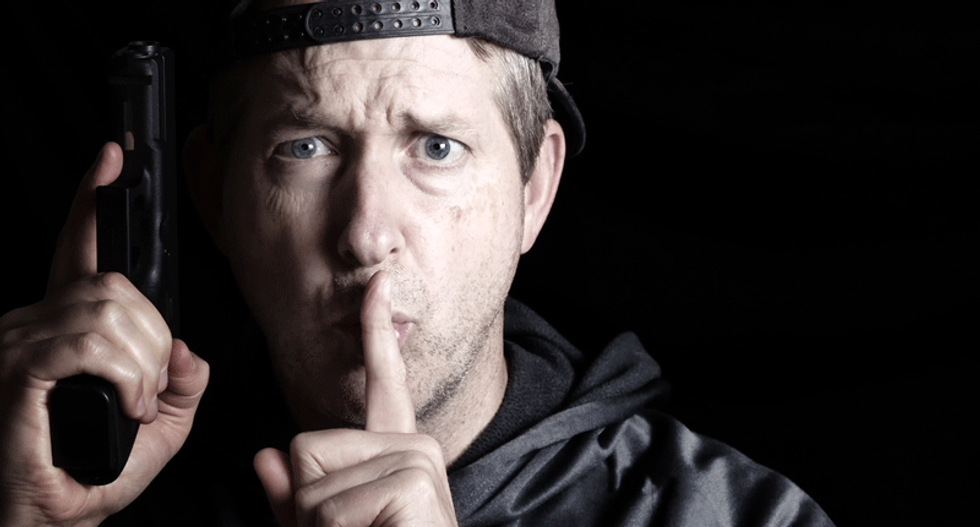 The drug trade is a great place to make tons of money fast. In 2003, the UN estimated the total worth of the global drug trade at $320 billion, a figure that has certainly grown in the last 12 years.

So it's not surprising that some police officers, who interact frequently with the narco-world, decide to go crooked. But what makes these cases particularly egregious is that officers used the state's monopoly on violence to enrich themselves while persecuting others for the same crimes. Here are some recent examples.

Just last week, Officer Konrad Chatys in San Antonio was picked up by police for stealing guns, marijuana and money from a couple's car while investigating a domestic violence call. Chatys didn't think the couple would report his theft to the police, but they did. Their complaint launched an investigation culminating in Chatys' arrest and placement on administrative leave. It's worth noting that the only thing Chatys did that was illegal was keeping the contraband for himself. If he'd turned it into his precinct, they could have kept it under civil asset forfeiture policy.

In a recent feature in Rolling Stone, Josh Eells reported on a special police drug task force located on the Texas-Mexico border known as the Panama Unit, whose members became rich ripping off local drug gangs. The 11-person SWAT-trained unit was headed by Jonathon Trevino, the flunky son of the county sheriff, which made it easier for the team to rob drug dealers without detection. While the team did seize a lot of dope—Hidalgo is located within one of the hottest drug corridors in the country—Trevino himself estimates that they put as much as a fourth of what they recovered back onto the street through dirty deals.

As the Panama Unit's rips grew more brazen, members began taking gambling trips to New Orleans and Las Vegas and dropping tens of thousands of dollars at local strip clubs. They eventually got sloppy and had to turn themselves in to the feds. After they went down, agents began to examine Trevino's father, Lupe Trevino, for ties to drug money. They uncovered campaign contributions to Lupe from a well-known local trafficker, leading to the sheriff's arrest. In the end, all members of the Panama Unit were sentenced to prison (Jonathon Trevino got 17 years), and Sheriff Lupe Trevino, who had previously been a powerful political figure in the area, was sentenced to five years in prison.

In 2005, Baltimore police officers William King and Antonio Murray were indicted for 33 counts related to “conspiring to rob and extort cocaine, heroin and marijuana—as well as drug-related proceeds— from suspects they met on city streets.” They also shook down addicts for money in one of the poorest neighborhoods of Baltimore, where people already had few avenues for recourse against vicious policing. The two former officers were sentenced to a total of 454 years in prison. More recently from Baltimore, rookie officer Ashley Roane was booked on similar drug conspiracy charges. Roane agreed to steal people's information so that a tax preparer—whom she believed was just a heroin dealer but was also an FBI informant—could file false returns. Another time, Roane provided security in full uniform as the informant executed a heroin deal. In total she was only going to receive $6,000 for the two jobs, but instead is now serving a five-year prison sentence.

In early 2013, three officers from Schaumburg, a suburb of Chicago, seized tens of thousands of dollars worth of marijuana, heroin and cocaine while serving a search warrant and then proceeded to sell the drugs. After they were arrested in a federal sting, the court found that the former cops “ran a freelance drug ring over a six-month period, forcing a drug dealer to sell narcotics that the officers confiscated in the line of duty, and then splitting money from the sales.” Their sentences were stiff: One is serving a 24-year sentence, another is serving 26 years, and the third could face as much as 36 years behind bars.

Two NYPD officers were nabbed for drug conspiracy last month. First, officer Philip LeRoy was arrested for allegedly buying 10 ounces of cocaine with two other men in the Florida city of Sunrise. The story made headlines because LeRoy had been awarded “Cop of the Year” by his Queens precinct two years earlier for racking up a high number of arrests “for things like robbery and gun possession,” reports the New York Post. Since LeRoy had his off-duty weapon when he was arrested, he also caught a felony weapons possession charge.

Soon after news of LeRoy's arrest broke, eight-year veteran officer Merlin Alston was indicted for driving a heroin dealer around town, “offer[ing] to arrange a heroin sale,” and warning a separate cocaine trafficker about police presence, according to the Washington Post. In a separate suit, Alston is also accused of police brutality while on the beat: Bronx resident Juan Padovani is currently suing Alston for beating him up earlier in 2014. In total Alston was named in six separate lawsuits dating back to 2009.

When federal agents asked an informant to put out a call in Atlanta for officers willing to watch over his drug deals for a cut, “he got a lot of takers from police officers all across town,” according to one US attorney. More than 10 officers from various divisions were indicted on drug conspiracy charges in 2013, including two who weren't even on the force anymore but had somehow kept their badges. Some were particularly brazen; one cop suggested an informant “shoot another drug purchaser if the deal went awry,” and another “suggested that future drug deals be conducted in the parking lot of a local high school so they could exchange backpacks there,” according to CBS 46.

From 2006 to at least 2012, six members of Philadelphia's narcotics unit stole $500,000 worth of cash, property and drugs from suspected local drug dealers. They were indicted on 26 incidents in total, including robbing suspects' homes (sometimes while the suspects were in jail), stopping suspects on the road and beating them, dangling them from balconies, and even kidnapping them. Officers filed false reports to cover up their abuses. And they're not getting off easy: according to Time, “Five of the officers could face life sentences if found guilty, while Officer Speiser could serve a maximum of 40 years.” The police commissioner declared after the indictments that the “malignancy” within the police department had been removed, yet just a few months later, another Philadelphia officer, Christopher Saravello, was arrested for “conspir[ing] with others to rob the dealers and buyers of cash and Oxycontin as well as other controlled substances,” according to CBS Philly.

Cocaine has made many rich in Miami (whether they kept the money or lived to spend it is a different story), but one cop was willing to go down for only $1,900 last October. Miami police officer Jose Maldonado-Dick kept watch over drug deals at a local McDonalds for an informant, while his partner sat right next to him in his squad car. He was arrested after acting as a lookout on two separate occasions, and if he's convicted of all the counts against him, he could face a life sentence.

Like Maldonado-Dick, Marcos E. Carrion of Houston was busted for agreeing to provide cover to drug dealers moving loads of cocaine. According to Houston's Local 2 Investigates, “Carrion agreed to watch for police and run license plate numbers of other people in the area while the drug deal was taking place,” receiving $5,000 from an informant for his work. If convicted of his charges, he will face 10 years to life in prison and up to a $10 million fine.

Officer Robert M. Easterday Jr. tried cutting out the middleman and going into drug dealing himself, but was arrested for dealing crack cocaine and trying to sell psilocybin mushrooms. Easterday had been suspended a few months earlier after he reported his gun missing and then weirdly said he found it a day later—with the serial number filed off—in the possession of his neighbor. This neighbor also happened to be the person Easterday approached to find someone “interested in buying mushrooms.”