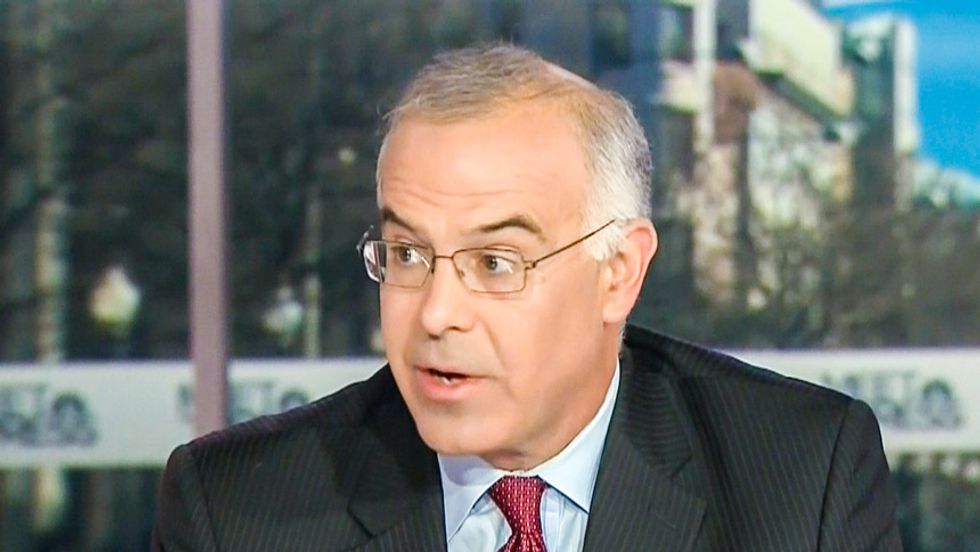 New York Times columnist David Brooks advised young liberals on Sunday to stop donating to traditional charities and instead give to law enforcement organizations because they were the "central anti-poverty program."

During a panel segment on NBC, Brooks explained that the recent terrorist attacks on the satirical French magazine Charlie Hebdo originated from a worldwide problem of poverty in failed states.

"And I would say, say you're in college or say you want to give money -- 'Oh, we give money to bed nets [for malaria prevention], we give money to clean water or all that anti-poverty stuff' -- the central anti-poverty program is law and order," Brooks remarked. "You can't get rich if you're afraid of getting shot in the back of the head at night."

"And so, if you're giving as an individual, if you're thinking as a state, giving to law and order groups -- like International Justice Mission, things like that -- that is actually the basis to get anti-poverty programs," he continued. "So [U2 singer] Bono is doing great stuff with the diseases, the Gates foundation -- law and order comes first."