Does climate change exist? The Senate is about to let us know 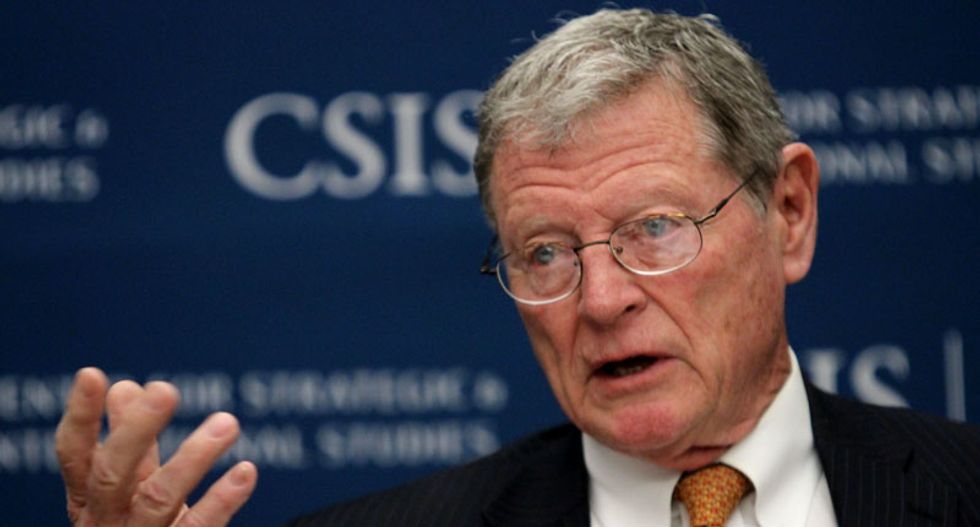 Congress is to vote on whether climate change is real. Seriously.

The measure, which will come up in the debate about the Keystone XL pipeline, will ask the Senate to vote on whether climate change is real, caused by human activities, and has already caused devastating problems in the US and around the world.

It is intended to force Republicans who deny the existence of climate change – and they are a majority in Congress – to own their anti-science positions, said Bernie Sanders, the Independent Senator from Vermont, bringing the amendment.

“The bottom line is that I think as a nation that we walk down a very dangerous road when the majority party in the United States Congress is prepared to reject science,” Sanders told the Guardian. “I think it is important for Republicans to tell their constituents, to tell the American people, and to tell the world whether they agree with the science or not.”

That could make for some very awkward moments.

Sanders’s amendment has no chance of passage in the Republican-controlled Congress – and he acknowledges that is not the point.

Indeed, when Sanders first introduced the bill in the Senate energy committee last week, one of his fellow Democrats, Joe Manchin of West Virginia, objected to the final clause urging the US to get off fossil fuels and move towards a clean energy economy.

But it promises to produce some embarrassing footage from the Senate floor as Republicans try to align the party leadership’s position on climate change with the scientific community – and indeed much of the world outside the United States.

The Republican leadership for several years now has marched in lockstep on climate change, denying its existence and opposing measures to deal with the greenhouse gas emissions that are causing it as part of their strategy against Barack Obama.

Of Republicans in the Senate, 70% deny the existence of climate change or obstruct action on climate change, according to Climate Progress .

Some, such as Jim Inhofe, the chair of the Senate environment and public works committee who calls global warming a hoax, have practised climate denial for years.

Others have shifted positions as the Republican party drifted to the right – and Sanders suggested their newfound denial was a result of political expediency.

“I think some of them - Jim Inhofe who I like and is a friend of mine is very sincere in his belief that climate change is a hoax, who absolutely believes that,” Sanders said.

One such senator could be Mark Kirk, an Illinois Republican facing re-election next year. Earlier this month, Kirk appeared to have effected a conversion to climate denial, dismissing global warming as “political correctness”. Kirk later hedged on that position.

Such non-denial denials are widespread, Sanders went on. “I think many moderate Republicans including many business people know how serious this problem is and want to do something about it,” he said.

But there are powerful forces promoting climate denial, Sanders said.

“On the other hand we have the Koch brothers and energy companies pouring millions into the coffers of the Republican party.”

But the Senate majority leader, Mitch McConnell, seems inclined to allow a vote this time around. The Keystone bill – while guaranteed passage – is unlikely to gather enough support to circumvent a threatened presidential veto.

McConnell has an interest in extending the debate on Keystone, if only to pick off more Democrats to vote in favour of the bill.

Other Democrats would also like to tack riders on the Keystone bill though none dealing directly with climate change.

McConnell told reporters on Tuesday afternoon that all of the proposed amendments could go ahead. “We are not anxious to block anybody’s amendment. We are wide open,” he said.

That could make for some interesting moments. Flat-out climate denial – though still acceptable in the Republican party leadership – is not shared by rank-and-file Republicans.

New research this week from the Yale Project on Climate Communications found majorities of Republican voters do accept the existence of climate change and do want to fight climate change.

Climate denial is also becoming a potential political liability, a signifier that Republicans are old and out of touch with reality. Climate denial came under sustained attack from environmental campaigners and the green billionaire Tom Steyer who poured millions in the midterm elections.

A number of prominent Republicans in tight races with Democrats shied away from outright denial, adopting a new formulation: “I’m not a scientist.” Even Mitch McConnell, in his race for his Kentucky Senate seat, took up the “I’m not a scientist” wording.

Sanders refused to speculate on how senators might vote when put on the spot on climate change. But it’s fair to say that he will enjoy the spectacle.