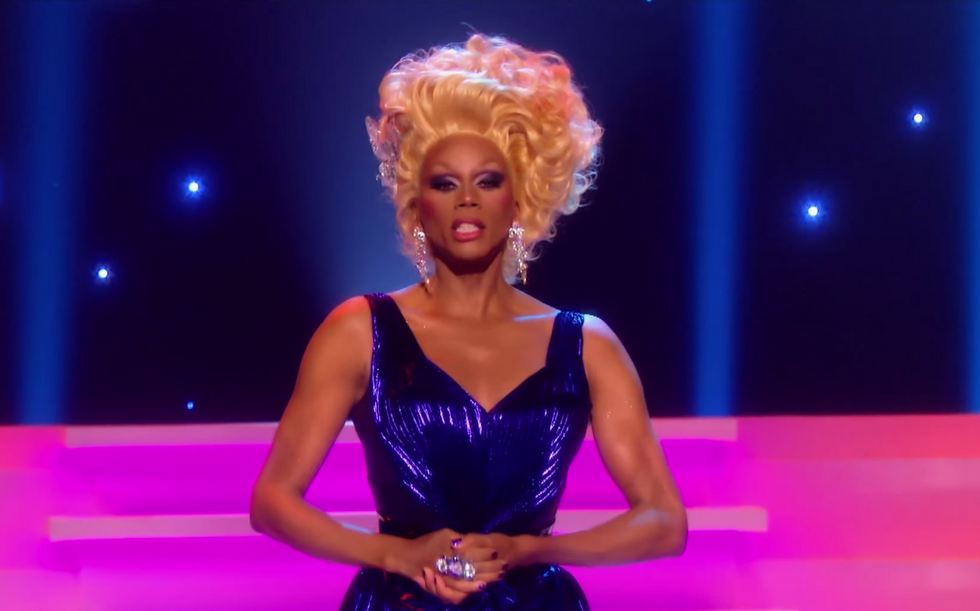 World of Wonder -- the media company that produces the reality show RuPaul's Drag Race -- responded on Friday to a question posed by Mary Cheney: Why is drag acceptable when blackface isn't?

Mary Cheney -- the lesbian daughter of former Vice President Dick Cheney -- asked in a Facebook post this week why drag performers are allowed to blur gender lines in their work while society frowns on the form of racial minstrelsy known as "blackface."

"Shouldn't both be ok or neither?" she asked.

Cheney married her longtime partner Heather Poe in June of 2012 well after her father and President George W. Bush's time in office. The Bush administration is widely accused of using same-sex marriage as a wedge issue in 2004 to drive conservative voters to the polls and ensure itself a second term in the White House.

On Friday evening, World of Wonder posted a video entitled "Drag Herstory 101," in which RuPaul explained that while blackface and racist "entertainment" drive people apart, "drag brings people together" by letting them imagine and embody whatever or whoever they want to be.

Drag Queens, wrote World of Wonder, "have used the art form as self-expression, as a tool of cultural and political change, and, yes, as a celebration of womanhood."

"So reach out and touch a drag queen's hand," said RuPaul in the video, "and make the world a better place if you can."