Famed biologist: Religion 'is dragging us down' and must be eliminated 'for the sake of human progress' 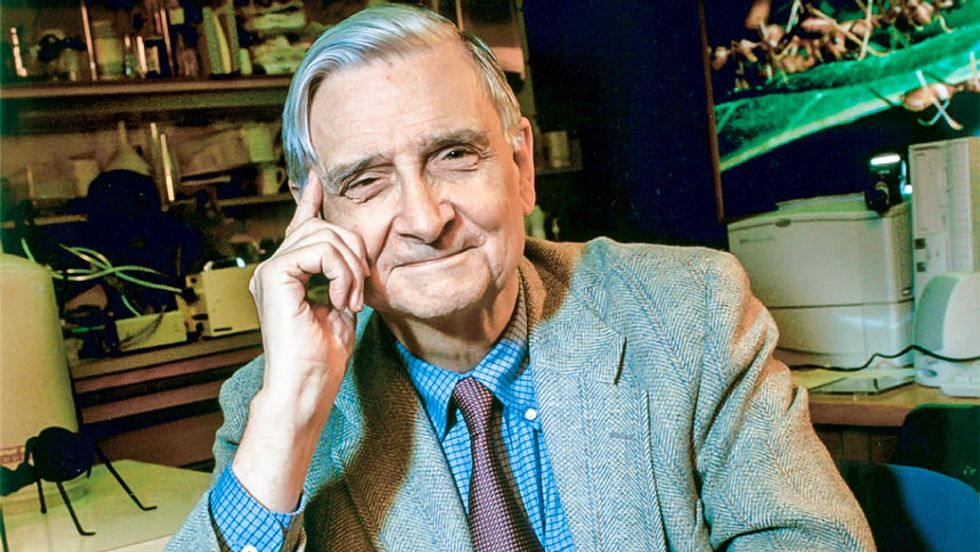 "Plos wilson" by Jim Harrison - PLoS. Licensed under CC BY 2.5 via Wikimedia Commons.

Biologist E. O. Wilson, who is known as the "the father of sociobiology," said recently that the Earth was suffering "the death of a thousand cuts" because of religion.

In the most recent issue of New Scientist, Wilson explained that his next book would look at the future of humans and the Earth.

The Pulitzer Prize-winning biologist warned that people had not yet realized that the "tribal structure" had been destroying the planet by "a thousand cuts," according a partial transcript obtained by the International Business Times.

"All the ideologies and religions have their own answers for the big questions, but these are usually bound as a dogma to some kind of tribe," he said. "Religions in particular feature supernatural elements that other tribes – other faiths – cannot accept ... And every tribe, no matter how generous, benign, loving and charitable, nonetheless looks down on all other tribes. What's dragging us down is religious faith."

"Humans everywhere have a strong tendency to wonder about whether they're being looked over by a god or not. Practically every person ponders whether they're going to have another life," Wilson continued. "These are the things that unite humanity."

But he said that the "transcendent searching has been hijacked by the tribal religions."

"So I would say that for the sake of human progress, the best thing we could possibly do would be to diminish, to the point of eliminating, religious faiths. But certainly not eliminating the natural yearnings of our species or the asking of these great questions."

Wilson, who was raised as a Baptist in Alabama, has said that he "drifted" away from Christianity, but he doesn't refer to himself as an atheist.

"I'm a scientist," he told the magazine.