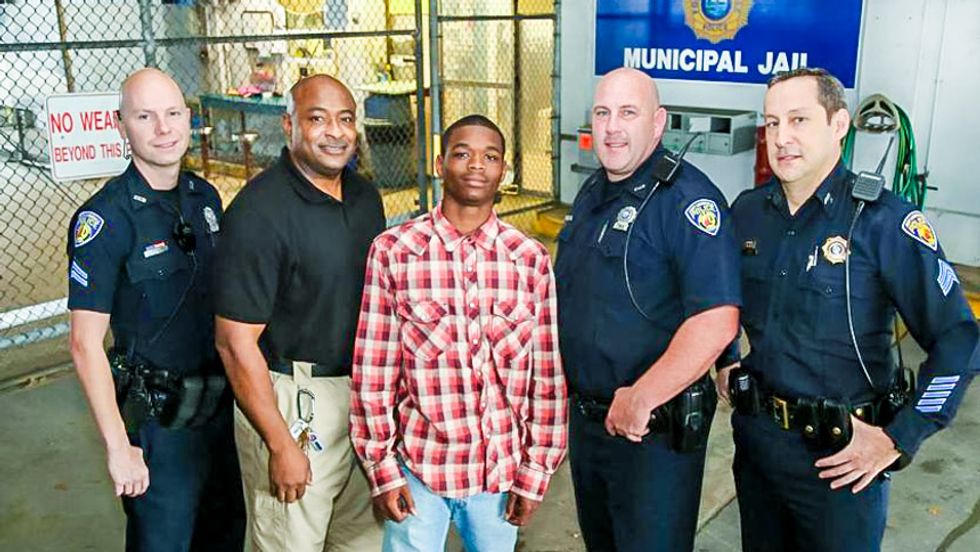 A Florida teenager was honored on Tuesday for helping to save the life of a Fort Lauderdale police officer who was processing his arrest for a parole violation.

Video released by the Fort Lauderdale Police Department shows Officer Franklin Foulks processing Jamal Rutledge after he was arrested for criminal mischief and burglary probation violations, according to WTVJ.

When Foulks suddenly collapsed, Rutledge “immediately began to kick the security fence and yell to alert officers in the area,” a statement from the Fort Lauderdale Police Department said.

“Broward Health Medical Staff noted that Rutledge’s actions and the quick response of these officers were largely responsible for Officer Foulks surviving this medical episode,” the statement noted.

Rutledge and the officers were expected to also be honored at the next Fort Lauderdale Commission Meeting on January 21st.

Watch the video below from the Fort Lauderdale Police Department.