Fox guest: Stop appeasing Muslims and 'exterminate this scum that is plaguing the planet' 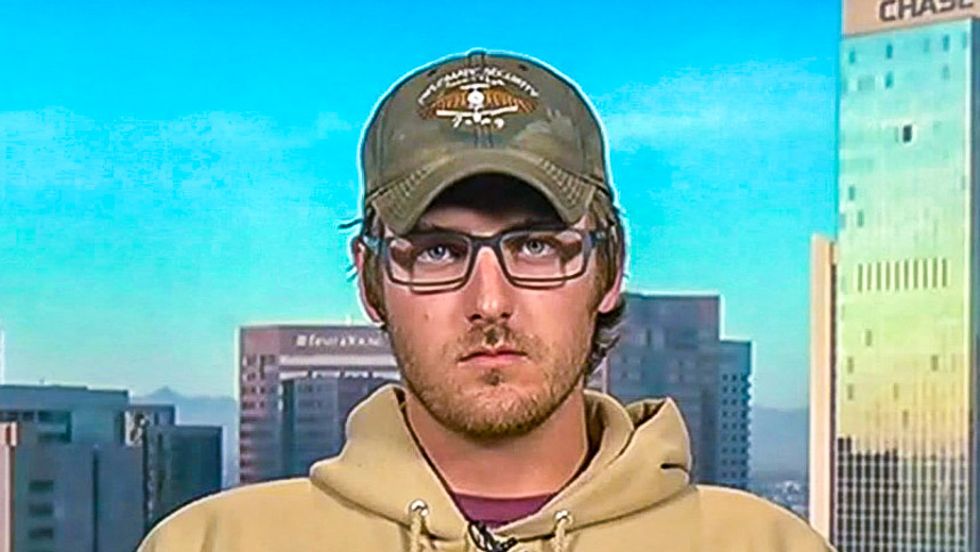 Fox News on Saturday hosted a Marine veteran who argued that countries like the United States and France were too concerned with the civil liberties of Muslims, and that governments should "exterminate" the terrorists that were "plaguing the entire planet."

Nick Powers, who became a conservative celebrity after he threatened ISIS in a letter last year, told the hosts of Fox & Friends that French law enforcement agencies had been right to act quickly to kill the terrorists who attacked Charlie Hebdo.

"It just makes the thinks of the past 14 years that we've spend fighting terrorist groups, and how the rules and regulations and political correctness especially has caused us to be tied up," he opined. "You know, our hands are tied behind our backs, and we're fighting an organization that has no regards to human life."

Fox News host Brian Kilmeade pointed out that many believe that the United States was "better than that."

"They go an assassinate people on the street, we can't harshly question people," Kilmeade declared. "What do you say to people who question us?"

"War is never going to be pretty," Powers replied. "And anybody who tries to make it pretty is a complete moron. You have to get dirty, you have to exterminate this scum that is plaguing the entire planet."

"You know, if these guys continue to keep this up -- I mean, France has been a huge proponent for the Muslim community for years, they've stepped aside, they've let us kind of do our thing, and here they are attacking France," he added.

"Appeasement gets you nowhere!" Kilmeade exclaimed.

In conclusion, Powers had a message for Islamic radicals: "Keep it up. If you really want to meet your Prophet Muhammad, go for it. You know, there's plenty of us out there that are willing make that meeting available to you."