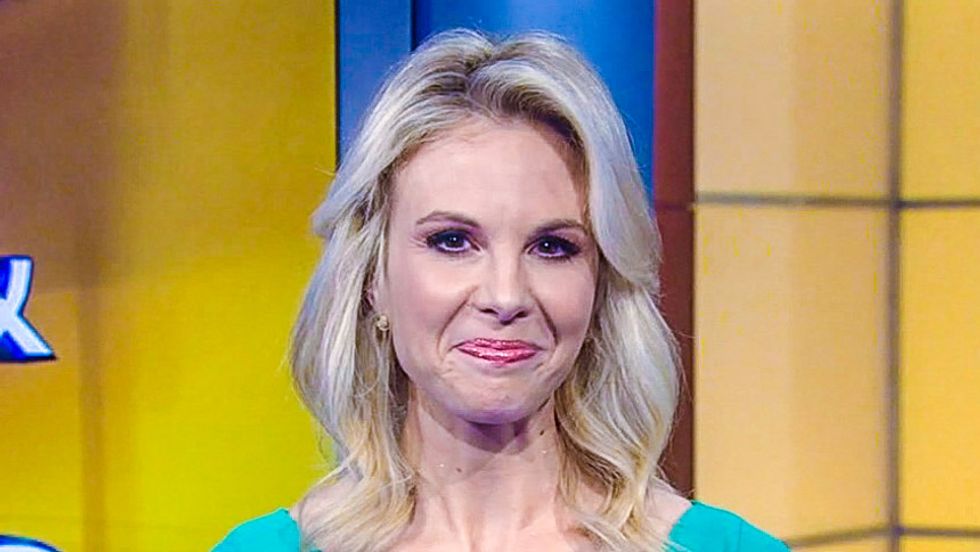 Fox News host Elisabeth Hasselbeck on Monday praised a retired Army sniper for killing 33 people in four months, and then encouraged him to slam filmmaker Michael Moore for saying snipers should not be thought of as heroes.

Following the news that the movie "American Sniper" broke box office records over the weekend, Hasselbeck spoke to retired Sgt. Nick Irving, who she giddily introduced as "one of the deadliest snipers in American history."

"You know, I'm looking at your resume here, you killed 33 men in less than four months," Hasselbeck said. "It's good to have you on our side, I'll say."

"Those 33 kills in less than four months, how do you do that and then return here on, you know, safe soil?" she wondered.

Irving said that he had a "switch that needs to be turned on and off."

"Being a sniper, it's a prestigious job, but being able to stay calm, collective [SIC] -- you do it for your brothers," he explained. "I wasn't out there looking for a big number to get or I wasn't trying to be the next Chris Kyle or anything."

Hasselbeck pointed out that Irving's nickname was "The Reaper."

"Goes without saying after we talk about your numbers there," the Fox News host said, adding that Irving's rifle also had a name, "Dirty Diana."

Hasselbeck noted that filmmaker Michael Moore had written on Twitter that his uncle had been killed by a sniper in World War II.

"We were taught snipers were cowards," Moore tweeted. "Will shoot u in the back. Snipers aren't heroes. And invaders r worse."

"Last time I checked, he's never shot anybody with a scoped rifle," Irving quipped. "So, I don't think he deserves the breath that comes out of me right now."

"Don't you believe that he should have turned that into somewhat of a thank you?" Hasselbeck pressed. "I mean, here you are protecting everybody here, you know, the 1 percent protecting the 99. All those kills are really to keep us safe. Don't you think he owes you a thank you, not a shot?"

Irving said that he wasn't interested in a "thank you" from Moore because "a lot of my friends died for his right to freedom of speech."

"You're a good man to take the high road there," Hasselbeck concluded. "Your story is incredible. The Reaper, you're known as. A gentlemen, you were today, of course, on Fox & Friends."