Fox's Steve Doocy: Students shouldn't get free college because I just paid my loans off 'two weeks ago' 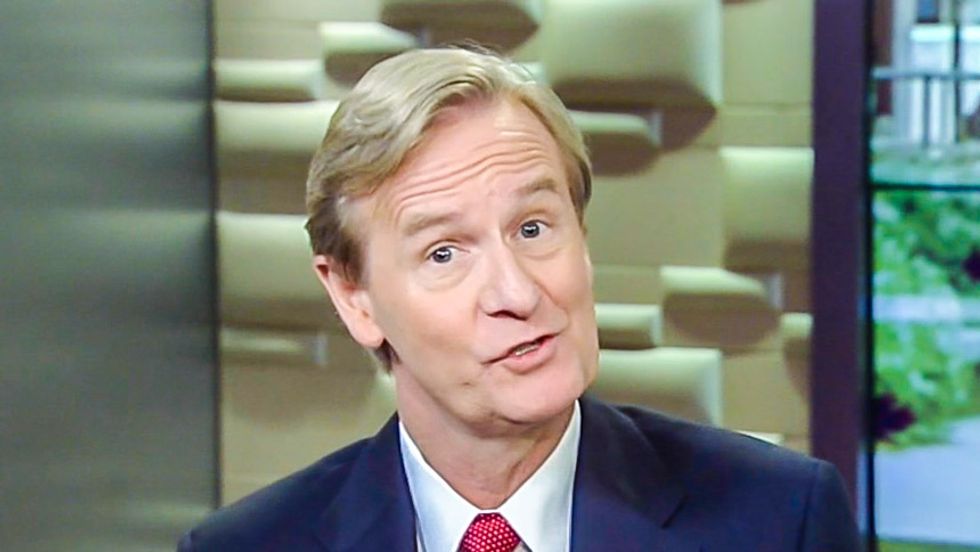 Fox News host Steve Doocy complained on Wednesday that President Barack Obama's plan to make college tuition free for some students was not fair because he had just paid off his student loans "about two weeks ago."

In his State of the Union address on Tuesday, the president talked about his plan to "to spread that idea all across America, so that two years of college becomes as free and universal in America as high school is today." The $60 billion dollar proposal would provide grants to pay 75 percent of the average cost of community college for two years, and participating states would be required to cover the rest.

“I want to work with this Congress, to make sure Americans already burdened with student loans can reduce their monthly payments, so that student debt doesn’t derail anyone’s dreams,” Obama explained on Tuesday.

But Doocy reacted on Wednesday by suggesting that every student should be saddled with debt because he was.

"Here's the thing that really bothers me about this," Doocy said. "I made my final two college tuition payments about two weeks ago."

"You're speaking from the heart of the dads and moms out there who are feeling the same way," co-host Elisabeth Hasselbeck agreed. "Wait a second, now we're paying for more college tuition for someone else to the tune of $60 billion."

Co-host Brian Kilmeade argued that many students were already getting grants, and the other students should just "get a part-time job and make that tuition payment."

But for Hasselbeck, the problem with the president's plan was that college was a waste of time in the first place.

"Americans actually are not as prepared as we think they are coming out of school," she insisted. "Four in 10 United States college students graduate without the complex reasoning skills to manage white collar work! That's one. And another [report] found that nine out of 10 employers are saying that recent college graduates are poorly prepared for the workforce."

"So instead of fixing the problem, they're just bringing more students into it, some opine," Hasselbeck said.

"I just don't understand the word free," Kilmeade lamented. "Nothing is free."