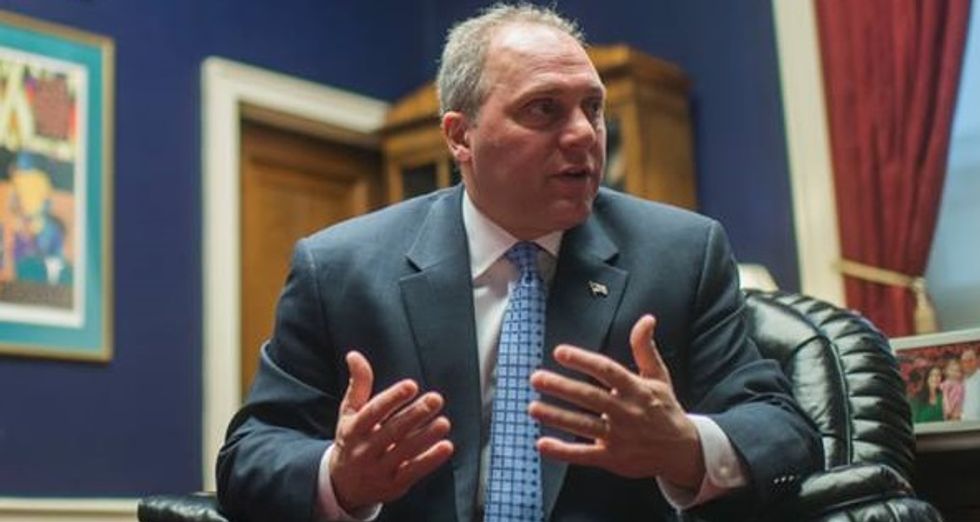 Embattled House Majority Whip Steve Scalise (R-LA) -- who has been trying to explain away his ties to white supremacist groups for nearly a month -- is now being criticized for attempting to kill a 1996 Louisiana House committee resolution that would have apologized for slavery.

The Hill obtained the minutes from the 1996 meeting, and in them, Scalise is said to have taken "exception to being asked to apologize for something the present generation has no part in."

State Representative Yvonne Dorsey had introduced the resolution, claiming that past Louisiana legislatures had "enshrined slavery, tearing families apart and making it legal and respectable to be slave owners." Moreover, she contended that both blacks and whites continued to live in a state affected by the legacy of slavery.

Scalise, however, said that "as a voice for government, he opposes speaking on behalf of his constituents that way." He said that apologizing for slavery constituted "an admission of guilt."

Rep. Dorsey told The Hill that she "didn’t like what he said and how he said it. It was callous. I think he wanted nothing to do with it. It was like, ‘How dare you bring this up and ask us to do this.’"

Future United States Senator David Vitter eventually suggested that the resolution be rewritten to contain "an expression of regret" concerning the legacy of slavery, but Scalise continued to fight, making a motion to indefinitely "defer action" on the resolution. His effort was defeated by an 11-2 vote.

Scalise's legislative career has been marked by questionable stands on racial issues. He also voted against creating a holiday to honor Dr. Martin Luther King, Jr. in both 1999 and 2004.