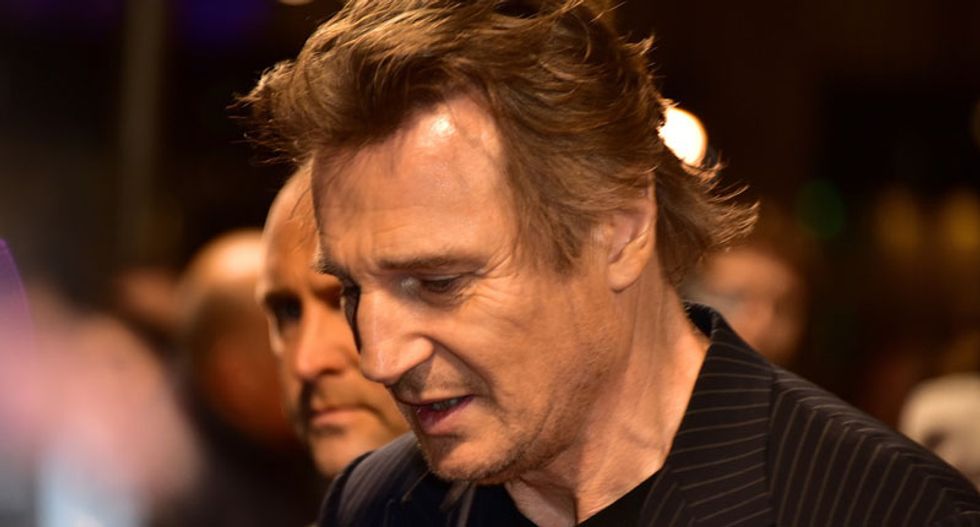 A North Carolina gun manufacturer has called on the firearm industry to boycott actor Liam Neeson over the Taken 3 star's controversial comments about guns.

In a Facebook post, PARA USA said the company now regretted providing firearms to be used in the Taken 3 film.

"While the film itself is entertaining, comments made by its Irish-born star during press junkets reflect a cultural and factual ignorance that undermines support of the Second Amendment and American liberties," the company said.

"We will no longer provide firearms for use in films starring Liam Neeson and ask that our friends and partners in Hollywood refrain from associating our brand and products with his projects. Further, we encourage our partners and friends in the firearms industry to do the same."

During a recent interview with the English-language Dubai newspaper Gulf News, Neeson said people in the United States had too many guns.

"There’s too many f—ing guns out there. Especially in America," he remarked. "I think the population is like, 320 million? There’s over 300 million guns. Privately owned, in America. I think it’s a f—ing disgrace. Every week now we’re picking up a newspaper and seeing, ‘Yet another few kids have been killed in schools.’”