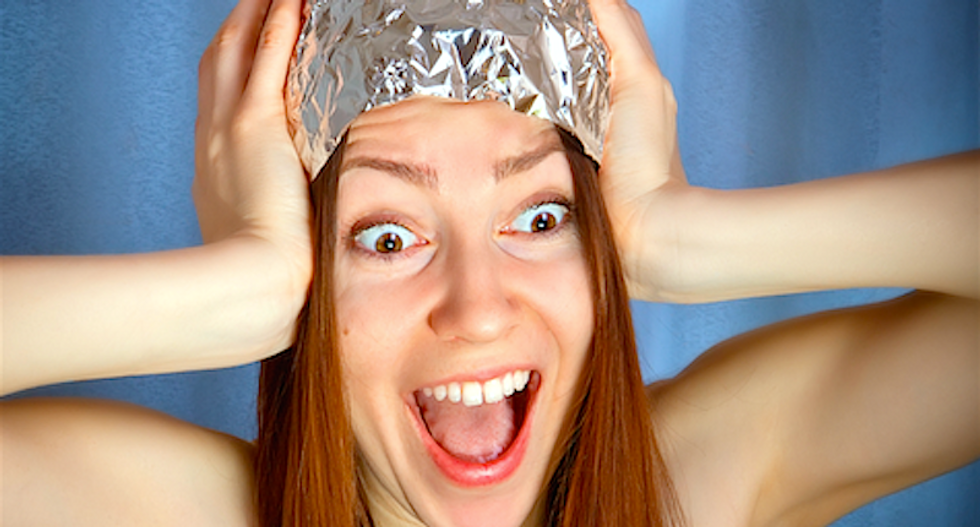 Could the January 7 Charlie Hebdo attack have been a secret service operation, or perhaps an anti-Muslim plot? The wildest conspiracy theories found their way onto the Internet within hours of the Paris bloodbath.

Just as it did in the wake of the September 11, 2001, attacks in the United States, the rumour machine moved into top gear from the very moment the first reports emerged.

Among the most frequently mentioned is the apparent change in colour of the rearview mirrors of a car used by the Kouachi brothers -- white on an image taken near the Charlie Hebdo office where they killed 12 people and black in a later image of the abandoned vehicle.

Experts put the change down to the fact that the mirrors were made out of chrome, a material that can change colour according to the light.

Other details providing rich material for the conspiracy theorists included the identity card mislaid by one of the Kouachi brothers and the telephone receiver not properly put back on its hook at the supermarket where gunman Amedy Coulibaly killed four people during a hostage siege two days later.

Even the route of the January 11 solidarity march through Paris has been given dubious significance in the minds of some, with claims that it mirrored the outline of Israel's borders.

Emmanuel Taieb, a professor at the Sciences-Po Lyon university in central-eastern France and a specialist in conspiracy plots, said that for many the official interpretation of events -- as provided by the police, politicians and analysts -- was simply too dull.

"It is considered poor, disappointing. So it is ruled out or questioned in favour of a more appealing, worrying analysis," he said.

Observers say that young people, for whom the Internet is their main source of information, are particularly vulnerable to believing everything they read online.

Mohamed Tria, 49, a business executive and president of the La Duchere football club in a tough area of Lyon, said the mainstream interpretation of the attacks was far from the norm in some places.

"They had not got their information from newspapers, but from social networks, it's the only accessible source for them and they believe what they read there as if it is the truth," he said.

Others said adults now have far less control over what young people opt to believe.

"For 30 years, 90 percent of what children learned came from either their parents or school. Now, it's the other way round. We need education about social networks," a teacher at a roundtable discussion in the northern Paris suburb of Sarcelles said last week.

For Guillaume Brossard, co-founder of the website hoaxbuster.com, a site that allows people to check the validity of information, it is as if the self-expression made possible by the Internet was custom-made for rebellious teenagers.

"Adolescence is a time when one needs to assert oneself and rebel against adults, the established order, society etc... Alternative theories are therefore a wonderful area of self-expression for them," he said.

"The explosion of social networks has seen what would once have been classroom discussions take place on Twitter, Snapchat or Instagram," he added.

Olivier Ertzscheid, a lecturer in information science in the western city of Nantes, noted that established media such as the daily Le Monde responded fairly quickly on social networks with counter-arguments knocking down the various conspiracy theories.

Speed was of the essence if a balanced picture was to emerge, he said.