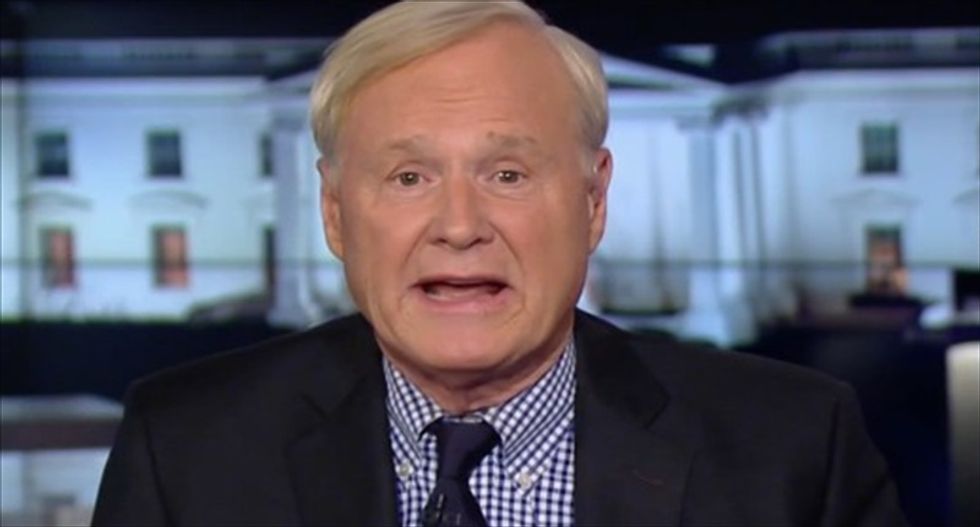 "How do you think Louie Gohmert feels toward David Duke?" Matthews asked Huffington Post reporter Sabrina Siddiqui. "How do we know? What do you think of [Ted] Yoho, and that crowd? These guys believe [President Barack Obama] was somehow an illegal immigrant from Africa because they can't stand the fact that he's an African-American president. Let's be honest about it -- they're not that far from the crowd they refuse to associate with."

Contributor Joan Walsh pointed out that, long before he admitted to speaking before the European-American Unity and Rights Organization (EURO) in 2002, Scalise had introduced himself to a reporter as "David Duke, without the baggage," a reference to the group's founder.

"He's still got the baggage," Matthews quipped, echoing Siddiqui's observation that the connection could continue to haunt not only Scalise, but other GOP members.

"Talking to rank-and-file Republicans, they're concerned that there could be more information that comes out about his association with the white supremacist groups, as well as his job being to raise money," Siddiqui told Matthews.

Former Republican National Committee chair Michael Steele agreed that the party's rank-and-file should be worried about Scalise going forward, while the party's leadership continues to "close the tents" around the issue.

"It knocks down the messaging," Steele said. "It takes down a notch the conversation that you want to have."

"This isn't the minority group they were looking to reach out to, was it?" Matthews asked rhetorically.

Watch the discussion, as aired on MSNBC on Tuesday, below.