New 'Charlie Hebdo' editor scolds US media: When you blur our cover, 'you blur out democracy' 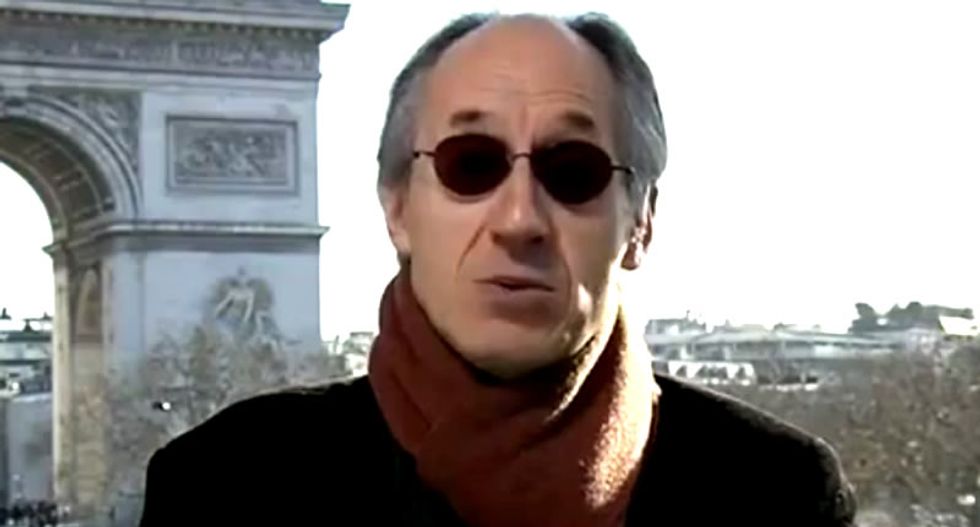 On Sunday's edition of Meet the Press, Charlie Hebdo's new editor-in-chief admonished American media outlets for blurring the cover of this week's issue of the controversial satirical magazine.

After recounting what it has been like for the magazine's editorial staff in the days and weeks since the attack, Gerard Briard was asked by Chuck Todd about the Pope's statement that "you cannot provoke, you cannot insult other people’s faith, you cannot mock it," and that "freedom of speech is a right and a duty that must be displayed without offending."

"We defend the freedom of religion with the freedom of speech," he continued. "If faith, if religion steps into the public arena, it becomes a totalitarian argument. Secularism protects us against this. Secularism guarantees democracy and assures peace. Secularism allows all believers and non-believers to live in peace and that is what we defend."

"So your line is," Todd asked, "you will attack any religion that is being used, in your view, for political reasons -- but you don't attack people of a religious ethnic group?"

"We have a problem when faith and religion become political -- then we become worried and attack," Briard replied.

"I'm just curious as to your reaction," Todd said shifting gears, "because as you know, many news organizations, including our own, have not shown your cover completely -- blurred out, as a decision we made editorially, no government told us to do it. What is your reaction to our decision and others who have chosen not to show your cover?"

"Listen," Briard replied, "we cannot blame newspapers that already suffer much difficulty in getting published and distributed in totalitarian regimes for not publishing a cartoon that could get them at best jail, at worst death."

"But," he said, "I’m quite critical of newspapers published in democratic countries. This cartoon is not just a little figure -- a little Muhammad -- it's a symbol of freedom of speech, of freedom of religion, of freedom of democracy and secularism. It is this symbol that they refuse to publish."

"What they must understand," Briard continued, "is that when they blur it out -- when they decline to publish it -- they blur out democracy, secularism, freedom of religion, and they insult the citizenship."