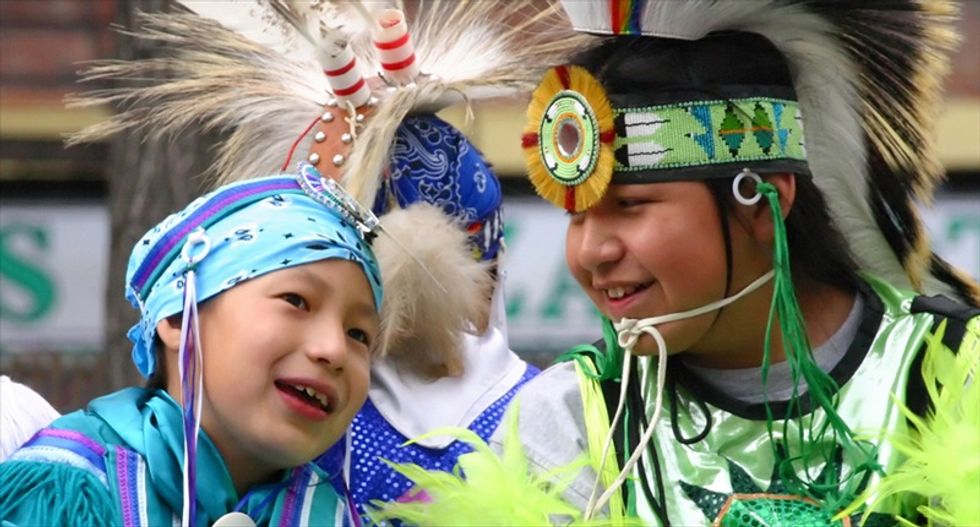 Researchers from Duke University conducted secret tests on Canadian Aboriginal children more than 60 years ago without the consent of their parents, the CBC reported.

The studies, which attempted to gauge the students' potential for extra-sensory perception (ESP) came to light in a recently unearthed paper published in the Journal of Parapsychology in 1943. ESP has since been debunked by the scientific community.

"While these experiments themselves were quite harmless, they do highlight the fact that researchers had ready access to indigenous children in residential schools, just as they did with nutrition experiments that I've looked into," researcher Ian Mosby told CBC radio host Carol Off on Tuesday. "This, I think, should be a cause for pause -- to wonder, if ESP experimenters could come into a school and do tests on children, who else was being allowed to conduct scientific research in these schools?"

Mosby, a research fellow at McMaster University in Hamilton, Ontario, reviewed a copy of the paper after receiving it from Maeengan Linklater, a community worker focusing on Aboriginal -- also known as First Nations -- residents in Winnipeg.

According to the Winnipeg Free Press, the report covered experiments conducted on 50 students at the Brandon Indian Residential School in late 1940 and early 1941. Mosby said the study, credited to A.A. Foster, sought to determine whether there was a connection between ESP and indigenous spirituality. Foster was listed as working at Duke's parapsychology lab at the time the paper was published.

"It may be said that at least one group of American Indian children have given scores in ESP card tests that are ascribable only to the ability known as extra-sensory perception," the study stated. "The fact that the subjects are of the American Indian race is of special interest, since this is the first report of ESP tests given to members of that racial group."

The students involved in the experiment, who reportedly ranged between 6 and 20 years of age, were given incentives based on their ages; younger students got candy for participating, Foster wrote, while the older ones were asked to participate out of "curiosity, interest or as a personal favor" to the school's matron. The unidentified matron led the students through ESP tests involving playing cards.

Mosby said the discovery of Foster's study lends credence to allegations from First Nations communities that they were subjected to unauthorized experiments decades ago.

In 2013, Mosby published his findings regarding secret Canadian government experiments on malnourished Aboriginal students between 1942 and 1952. More than 1,000 students were forced to take part in those studies.

"The most horrifying thing about the nutrition experiments was not that the experiments themselves were done," he told the CBC on Tuesday. "It was the conditions that made them possible."

Listen to Mosby's interview with the CBC, as posted on Tuesday, below.