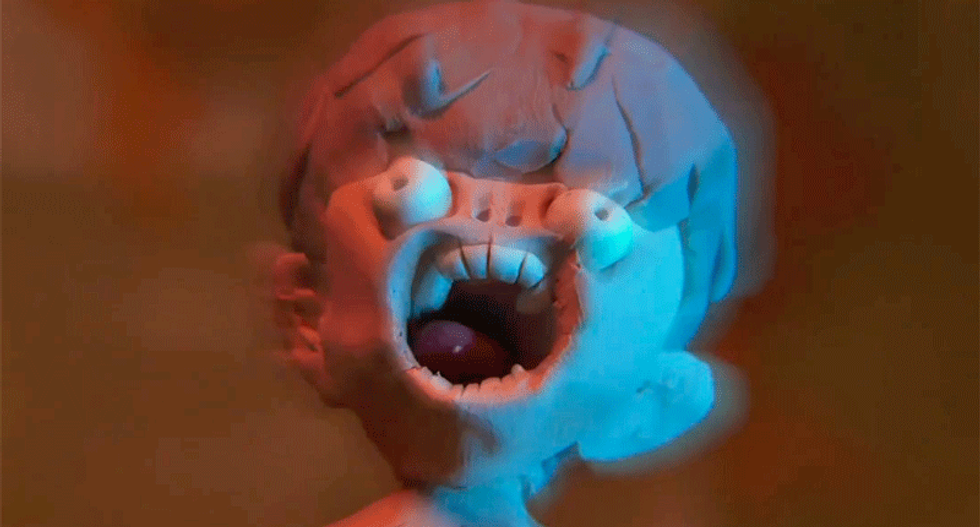 In fact, only a few of the movie’s 26 alphabetical segments, which range from A is for Apocalypse to Z is for Zetsumetsu and are directed by dozens of different film-makers – Kill List’s Ben Wheatley is the best known – are in Spanish. Kearns had her back to the movie at all times, according to her defence team, and was not aware of the graphic content.

Kearns’ decision to screen the inappropriate movie, which was certified 18 by the British Board of Film Classification for “strong violence, gore, sex, sexual violence and hard drug use”, was discovered when an assistant principal walked into the room. The supply teacher reportedly tried to fast-forward the film, but it paused on a scene in which bared female breasts could be clearly seen on the television screen.

Kearns, who does not speak Spanish herself and had not watched the movie in advance of screening it for students, is charged with five felony counts of disseminating matter harmful to juveniles. The harshest punishment should she be found guilty by a jury at the Common Pleas court in Franklin County would be a year in prison and a fine of $2,500 (£1640) for each charge. However, the alleged crimes are considered low-level felonies and the most likely punishment is probation.

Defence lawyer Geoffrey Oglesby criticised the Columbus City schools district for hiring Kearns as a long-term substitute teacher for Spanish classes despite her inability to teach the subject. She was forced to show videos to the children “in an act of glorified babysitting”, he said, adding: “It was a mistake that the state wants to turn into a crime.”

The jury of 10 men and two women will consider whether The ABCs of Death appeals “to the prurient or scatological interest ... rather than primarily for a genuine, scientific, educational, sociological, moral or artistic purpose” when making its decision.

The ABCs of Death, which features scenes in English, Thai and Japanese, as well as Spanish, received a two-star review from The Guardian’s Catherine Shoard in April 2013 . She wrote: “The most intentional fun comes courtesy of N (for Nuptials), which tells the story of a parrot who snitches on a cheating fiancee, and Z for Zetsumetsu, whose massive strap-ons with bayonet extensions and Dr Strangelove nods and vegetable-based horror couldn’t, you’d think, get any odder – until you see a cutaway to a pair of breasts tattooed with an image of 9/11.”

Watch a trailer from the film below: