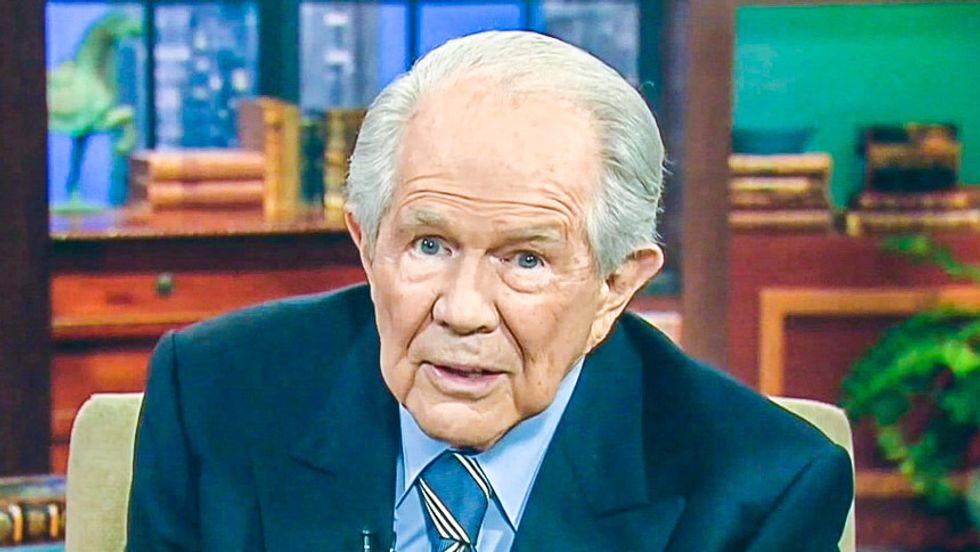 TV preacher Pat Robertson on Tuesday advised a senior citizen who was a paying member of his 700 Club teleministry that a reverse mortgage was a "good deal" if she was having trouble making ends meet.

"I have been a 700 Club partner for many years," a woman named Maria explained in an email. "I am 67 years old and still working because retirement money does not cover our basic expenses."

"I was thinking about a reverse mortgage but have my doubts," Maria wrote. "What do you think?"

Robertson pointed out that a reverse mortgage prevented the bank from taking "your house away from you as long as you are alive and living."

"You don't have to pay it off, but somebody has to pay it off, namely the United States taxpayer," Robertson continued. "So, it's not a good deal for the taxpayers, but for most people it's a pretty good deal."

The televangelist recommended that Maria speak to a financial adviser, but added that "it could be a good deal for you."