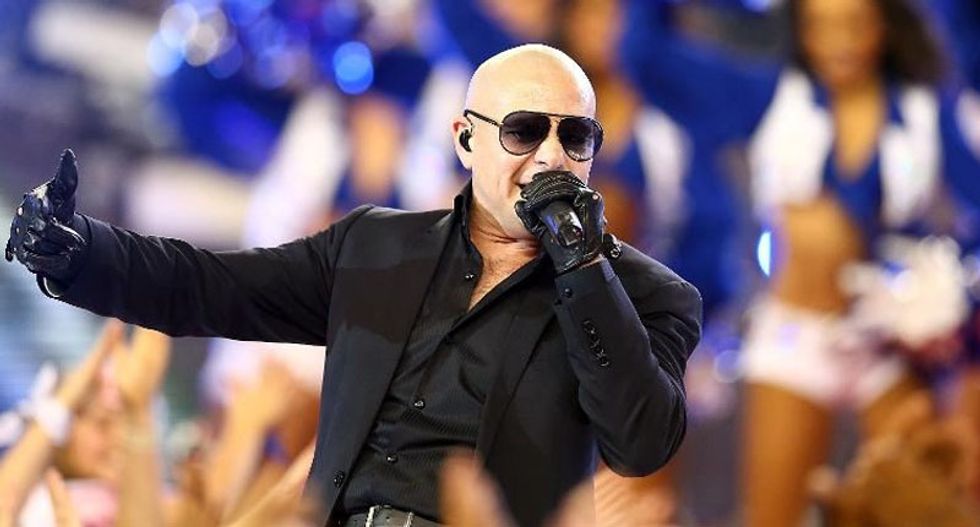 Singer Pitbull performs during halftime of the Thanksgiving Day game between the Philadelphia Eagles and the Dallas Cowboys on November 27, 2014 in Arlington, Texas (AFP)

US rapper Pitbull announced Thursday the expansion of a school in the impoverished Cuban-American area of Miami where he grew up, heralding its students as embodying the American dream.

The rapper, who was also celebrating his 34th birthday, showed plans for a second phase of the public school he first helped open in 2013.

"I'm looking at you guys, I'm looking at the American dream, kids that are not gonna stop fighting, that don't understand what the word lose means" he told hundreds of students in Miami's mostly immigrant Little Havana neighborhood.

Born Armando Christian Perez to Cuban parents in Miami in 1981, Pitbull, who is also known as "Mr. 305" in reference to the Miami area code, is known for hit songs "I Know You Want Me," "Rain Over Me," and Jennifer Lopez's "On the Floor."

The Sports Leadership and Management Academy, or SLAM, currently enrolls around 1,000 students who are able to specialize in the sports industry, a number that is expected to grow with the expansion.

"You have given many children in this neighborhood the key to the American dream" Regalado told the rapper.

"Pitbull embodies the cultural richness and diversity that unites the residents of the city of Miami," he said.