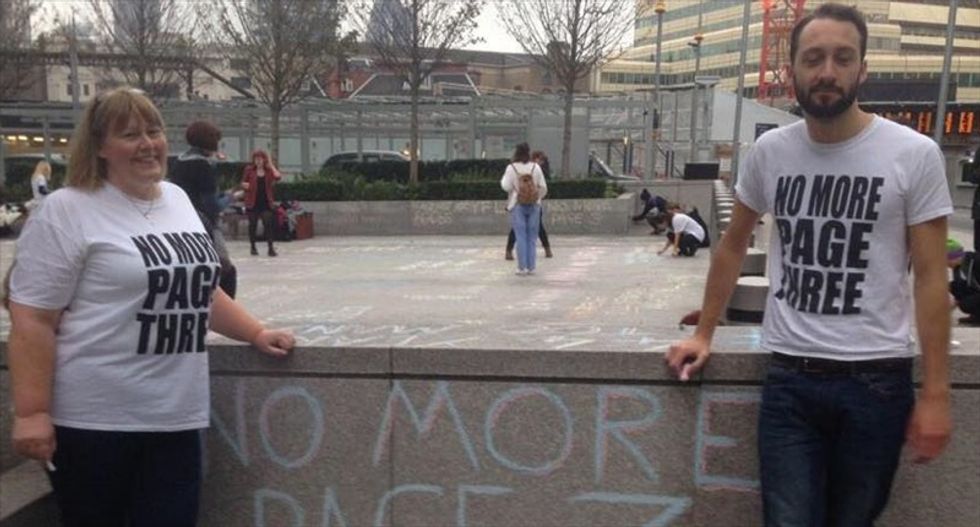 The Sun has scrapped Page 3’s topless women after 44 years, delighting the legion of critics who have branded the photos of bare-breasted models sexist, offensive and anachronistic.

Insiders said the decision has been taken to kill off the controversial feature quietly but that the feature would continue online.

“This comes from high up, from New York,” said one senior executive in a reference to the paper’s owner Rupert Murdoch.

The Sun refused to respond to any calls, emails or texts from the Guardian throughout Monday but told the Times, which is also owned by Murdoch: “Page 3 of The Sun is where it’s always been, between pages 2 and 4, and you can find Lucy from Warwick at Page3.com. “

The paper reported that Friday’s edition of the paper will be the last that would “carry an image of a glamour model with bare breasts on that page”.

A spokeswoman for the campaign group No More Page 3: “This could be truly historic news and a great day for people power.” adding it “could be a huge step for challenging media sexism”.

Topless Page 3 models were introduced by the Sun in 1970, less than a year after Rupert Murdoch bought the title.

The change may be reversed, it is understood, if it results in a noticeable Sun sales decline. Publisher News UK has previously publicly argued, in the face of mounting opposition from critics including the No More Page 3 campaign, that the feature remains popular with its readers and those who want rid of it do not buy the paper.

However, internally the company is thought to have been considering its options for Page 3 and appears to have been edging towards this decision for some time.

In the same series of tweets Murdoch hinted at the change that is expected to be introduced, saying “Brit feminists [who] bang on forever about Page 3 … never buy paper” before adding: “I think old-fashioned but readers seem to disagree.”

He then went on to solicit views about the daily feature among Twitter users. “Aren’t beautiful young women more attractive in at least some fashionable clothes? Your opinions please.”

The move follows a 28-month campaign, launched in September 2012, by a woman who asked the paper’s editor to “stop conditioning your readers to view women as sex objects”.

Lucy Holmes’s campaign, No More Page 3, caught the imagination of women (and men) across Britain, attracting more than 215,000 signatories to an online petition.

It also garnered support from a range of organisations, such as the Girl Guides, the Girls’ Brigade, most of the teaching trades unions, the College of Midwives, the Scottish parliament and the Welsh Assembly. More than 30 universities voted to stop selling the Sun until it stopped publishing topless images.