Slavery? Jim Crow? Fox host says 'race relations are worse than they ever have been' on MLK Day 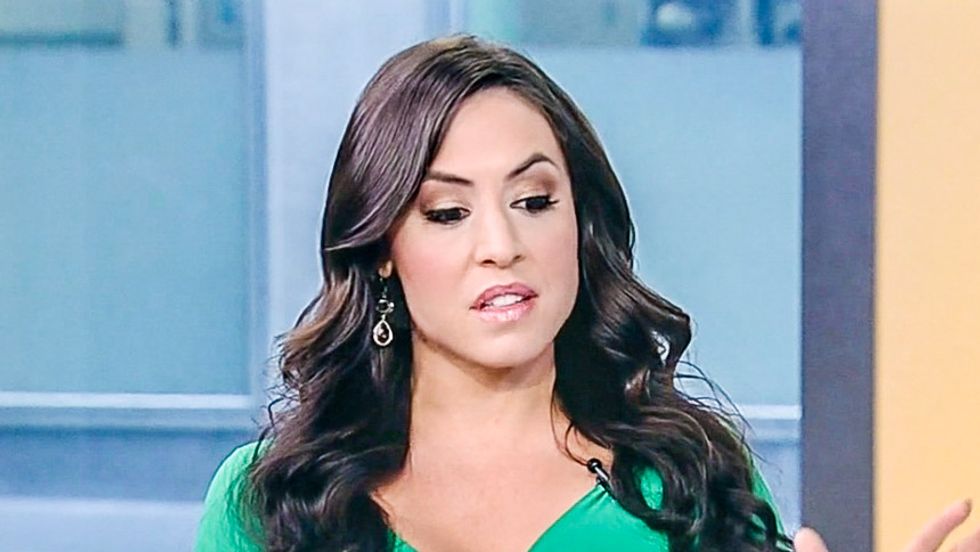 Fox News host Andrea Tantaros said on Monday that President Barack Obama had contributed to making race relations worse than any time in U.S. history, but she gave him "credit" for going to school and marrying the mother of his children.

On the Martin Luther King Jr. Day edition of Out Numbered, Tantaros noted that Obama's election was a "huge moment for the African-American community, and to his credit, whether you agree with what President Obama believes or not, you have to admit, he has done a lot of good."

"He gives a very aspirational goal for a lot of young black men," she remarked. "I think he's a terrific role model, at least as a father and a good husband. I know people don't want to hear that."

"What I will not give him credit for is he said that he was going to heal this country, and I think a lot of people expected something different," the Fox News host continued. "I didn't because I read all his books and knew where he was going to go, and divide the country, and that's how he's advanced his career."

"I think race relations are worse than they ever have been."

Conservative radio host David Webb argued that it was dangerous to "put too much hope in any one man."

"Why? Because one figure won't change it," Webb said.

"He has changed it," Tantaros insisted. "He's not just one figure, he's the president of the United States, and he's changed it for the worse."

"Those things are good," Webb replied. "Lying to a nation, using divisive tactics, not a good part of that figure."