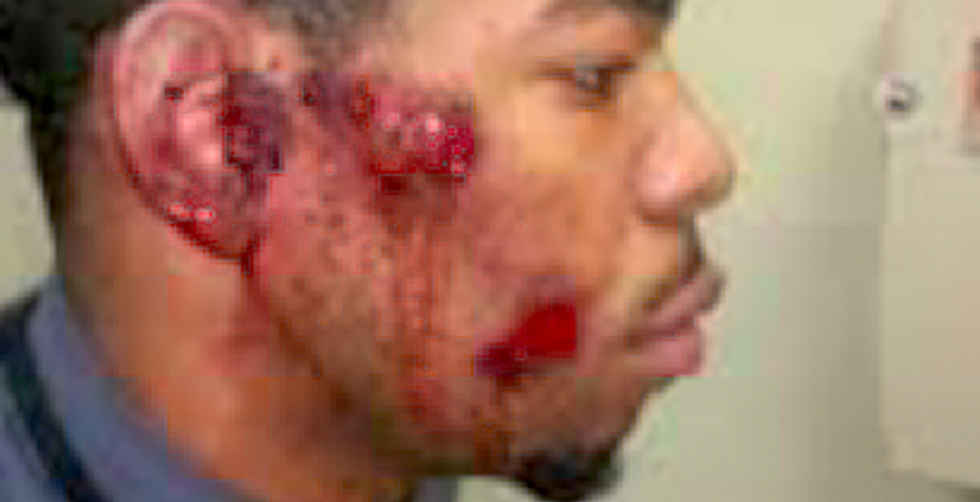 The chief of police in St. Louis County, Missouri has issued an apology to a 22-year-old student who was brutally beaten by police officers who were pursuing another man.

According to KMOV Channel 4, officers were in pursuit of a suspect named Anton Simmons on Interstate 70 outside St. Louis on Thursday when student Joseph Swink lost control of his car and crashed as he attempted to make way for police vehicles.

As his car began to fill with smoke, Swink ran from the vehicle, only to be tackled and beaten bloody by officers who mistook him for Simmons, who had 17 separate warrants out for his arrest.

“They ended up grabbing him [Swink], tossing him to the ground, and were trying to handcuff him,” said St. Ann Police Chief Aaron Jimenez in a press conference on Friday. “All the sirens and lights were going off. It was very loud and they couldn’t hear anything the citizen was saying.”

Swink suffered serious injuries to his left ear and his vehicle was totaled. He is an accounting student at University of Missouri - St. Louis with no criminal record. He was on his way home from an internship when he accidentally became involved in the police chase.

“I never really had 100 percent trust in police before,” Swink said to Channel 4. “But I really don’t now.”

Chief Jimenez said that his department made an honest mistake and has apologized for the incident. The force is currently updating its radio system to assure that all officers are receiving up-to-the-minute information during police pursuits.