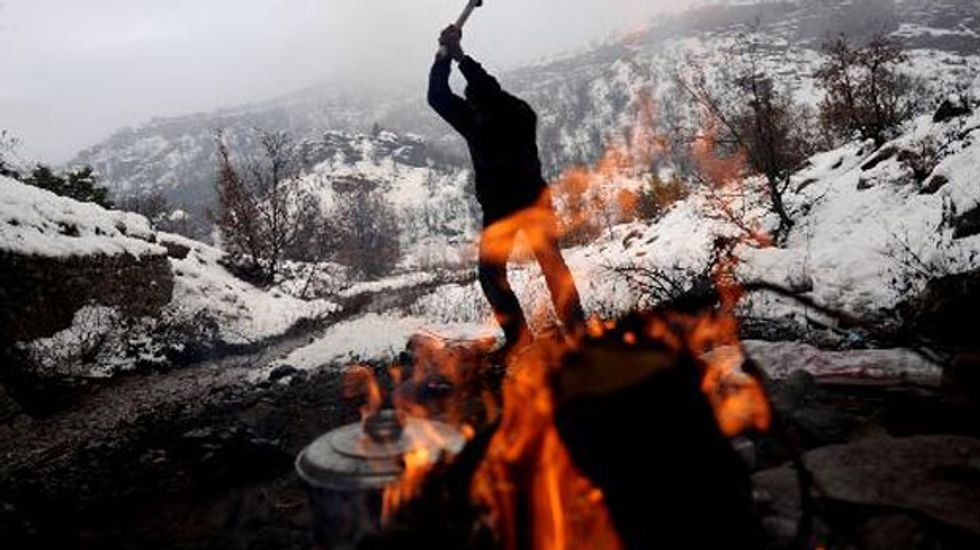 Surprising new research has sharply downgraded the perceived climate impacts of the gathering and burning of wood by residents of poor and developing countries who rely on the fuel to keep warm and cook food.

Of the 2.8 billion people forced to use wood for fuel, often filling their humble homes with life-shortening soot, the vast majority are chopping down and gathering their fuel in ways that allow forests and woodlands to regrow. That isn’t just good for the environment around them — carbon-hungry growth of trees that replace those that were felled helps cancel the climate-changing effects of carbon dioxide pollution released when the wood is burned. 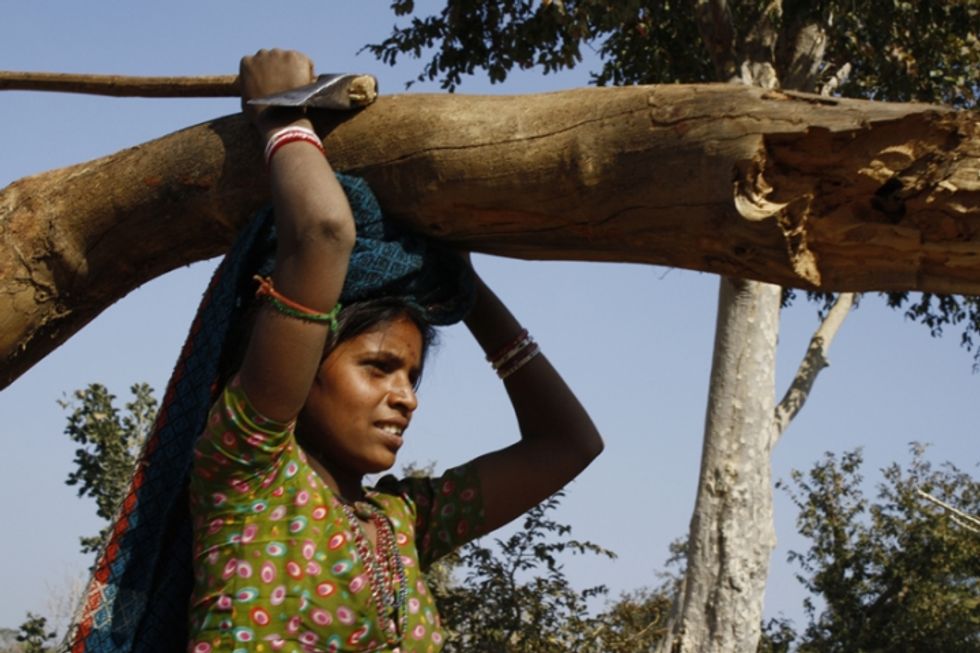 That’s the conclusion of a team of researchers who have published the most exhaustive analysis to date of the deforestation and greenhouse gas pollution impacts of the gathering and burning of wood for fuel. The finding suggests that in most, but not all, corners of the developing world, carbon offset markets are paying too much to provide many among the world’s poor with improved access to cleaner and healthier fuel-burning alternatives.

The findings don't affect estimates that indoor air pollution, mostly caused by the burning of wood, dung, crop residue and trash, kills more than 4 million people every year. They could, however, make it harder to use funds set aside for climate change action to reduce deadly pollution from wood-burning stoves.

“I’m really torn,” Yale University associate professor Rob Bailis, who led the new study, published Monday in Nature Climate Change, said. “I think we’re going to get slammed for this, but our science is sound.”

The U.N. Intergovernmental Panel on Climate Change estimates that 15 percent of energy used by humanity every year comes from the burning of firewood in areas where alternatives are hard to come by. Some of the wood is baked into charcoal before being used. Gathering the firewood is thought to be responsible for a little more than half of global wood harvested. But, because the practice is mostly prevalent in poor regions with limited government oversight and reporting, its impacts have long been shrouded in a smoky cloud of mystery. “An unknown fraction of global traditional biomass is consumed in a non-environmentally sustainable way,” stated the latest U.N. climate assessment.

After reviewing and combining available national, international and other data related to the demand of subsistence and commercial wood gatherers in 90 developing countries, primarily in tropical regions, along with the ability of local environments to meet that demand, the researchers estimated that 27 to 34 percent of traditional global wood fuel is being harvested unsustainably.

“That sounds modest, and it is, but it’s still fairly significant; it’s like 1 tree out of 3 that gets harvested for wood doesn’t grow back,” Bailis said. “Compare this to what people have been thinking and saying and building projects around for some years now — they’re assuming that 9 trees out of 10 don’t grow back.”

By comparing pollution levels known to be caused by wood burning with their new estimates for carbon dioxide-absorbing tree regrowth, the researchers concluded that the 15 percent of global energy that comes from burning wood in poor and developing countries is responsible for about 2 percent of the world’s climate-changing pollution.

The findings varied substantially by country and region, and they offer a blueprint for more effectively calculating climate-changing pollution produced by wood burning in different parts of the world.

“These woodfield projects in the carbon markets generally just use generic data,” Nancy Harris, a forestry researchers at the World Resources Institute, said after reviewing the new paper. “All these projects need a methodology to follow,” she said — something that the new research is the “first to do,” promising more accurate assessments of the climate benefits of improving the efficiency of wood-burning stoves.

About a third of the climate-changing pollution from the fires globally was found to be carbon dioxide — a figure that would be much higher were carbon dioxide released from the fires not absorbed by trees that grow in place of those chopped down for the firewood. Another third or so is soot, often called black carbon, which absorbs the sun’s energy, but which is not considered by carbon pollution offset programs. The other third is carbon monoxide, methane and other material.

The carbon dioxide pollution from wood burning is therefore highest in places where more wood is harvested than can grow back. The researchers identified hotspots, mostly concentrated in South Asia and East Africa, where harvesting of wood for fires is the least sustainable. These areas are home to nearly 300 million people.

Numerous international efforts aimed at improving the efficiency of stoves and reducing their pollution are funded, at least in part, by carbon markets. About 25 cents in every dollar paid for a voluntary carbon offset goes toward providing a household with a cleaner-burning stove, which has the dual benefit of reducing deadly indoor air pollution. Applying the new findings in these carbon offset markets could reduce the amount of funding available for improved cooking stoves in some areas.

Robert Nasi, a senior researcher at the Center for International Forestry Research, a nonprofit research group based in Indonesia, said the new study is a “good contribution” to the field. But he said he felt it underestimated the climate impacts of wood burning in many places, including in parts of the Democratic Republic of the Congo where mango trees are scorched to produce charcoal. “I sense some serious issues.”

Bailis acknowledged that some local estimates might be off — something that he said would be corrected over time as planned new case studies are produced.

Sumi Mehta, who leads research and evaluation at theGlobal Alliance for Clean Cookstoves, a United Nations-affiliated initiative working with more than 1,000 partners to provide 100 million households with cleaner and more efficient stoves and fuels by 2020, welcomed the findings. She said the newly-identified hotspots would help the alliance pinpoint areas where it should work the hardest.

“You want to get the biggest bang for your buck,” Mehta said. “Let’s focus the scale-up efforts within those hotspots.”

That would have an inadvertent benefit of helping to improve the health of residents of those hotspots, protecting them from pneumonia, stroke and heart and lung diseases brought on by indoor air pollution. But it wouldn’t do much good for the wood burning residents of other poor parts of the globe — some of whom might yet expect to receive improved stoves through grants and donations that are not directly linked to climate change.