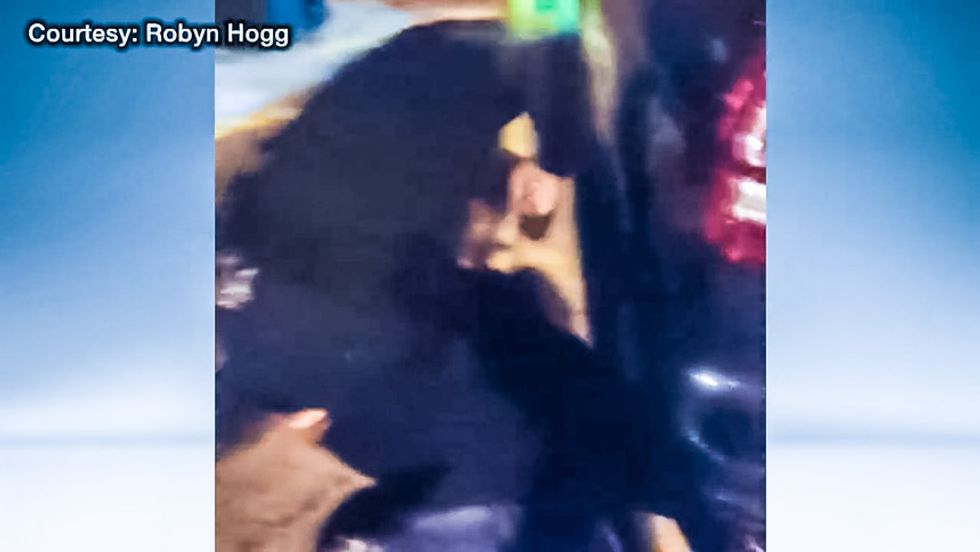 A police officer in South Carolina was suspended over the weekend when video surfaced showing him repeatedly punching a man who was lying on the pavement.

Columbia Police Chief Skip Holbrook told The State that five off-duty officers had been working at the Columbia Soundstage when a large fight occurred in the parking lot early Sunday morning.

A video of one of the officers striking a man at least five time while he was lying face down on the pavement later turned up on social media.

"Why are you punching him?" a woman in the video exclaims.

"Back the f*ck up!" the officer shouts back.

Columbia Mayor Steve Benjamin said that the officer was suspended after he spoke to the police chief about the video.

"I know there are multiple sides to the story," Benjamin explained to The State on Monday. "(The video) left me gravely concerned as to what the possible circumstances might have been, and I shared that with the chief and he acted accordingly."

Chief Holbrook said that the officer was suspended without pay pending the outcome of an internal investigation and a separate South Carolina Law Enforcement Division (SLED) investigation. He noted that both the officer and the man who was punched were African-Americans.

The chief declined to release the officer's name or information about any arrests connected to the incident.

Watch the video below from WLTX.