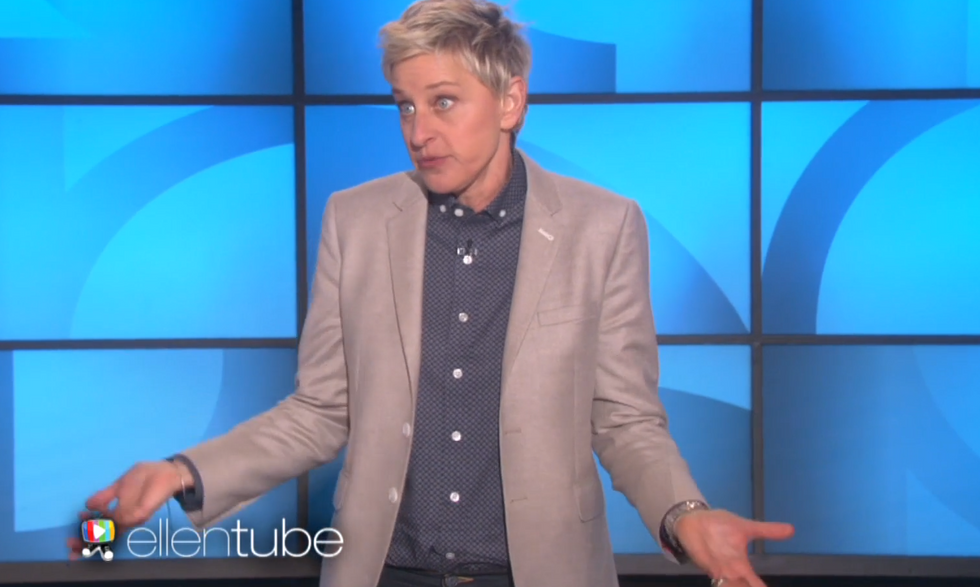 On Tuesday, comic and talk show host Ellen DeGeneres devoted a segment of her daily show to responding to a conservative Christian pastor who accused DeGeneres of turning kids gay as part of Hollywood's overarching "gay agenda."

Gay Star News reported that DeGeneres said on the air to pastor Larry Tomczak, "The only way I’m trying to influence people is to be more kind and compassionate with one another."

Tomczak wrote a column for the Christian Post in which he lamented the "avalanche of gay programming" that is "assaulting" Christian homes.

DeGeneres, Tomczak wrote, "celebrates her lesbianism and 'marriage' in between appearances of guests like Taylor Swift to attract young girls."

"Larry I don't even know what it means to celebrate my lesbianism," DeGeneres responded.

"Well," she said, then shot streamers out of a party favor she produced from her jacket pocket. "I guess it's that."

"Larry," she said, "The only way I’m trying to influence people is to be more kind and compassionate with one another. That is the message I'm sending out. I don't have an agenda. I'm not here to brainwash anybody."