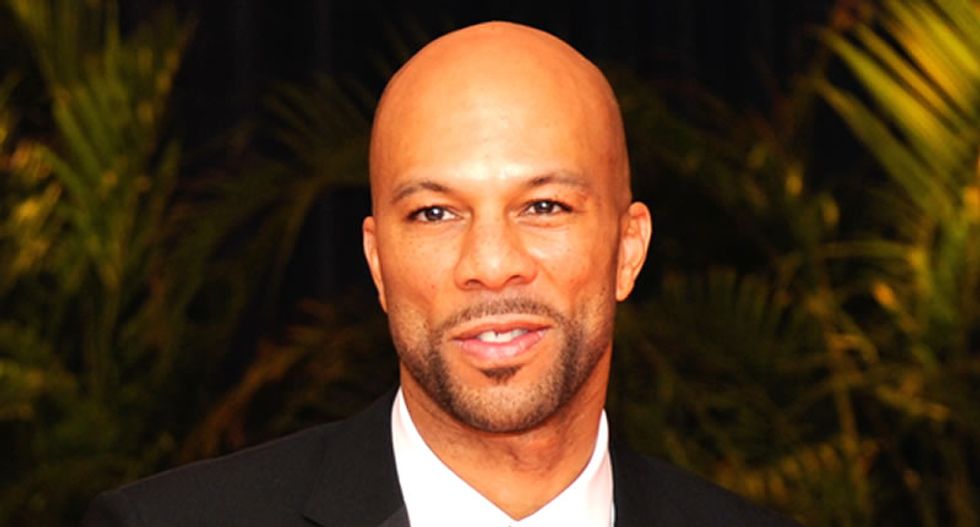 At the Golden Globes last night, actor-rapper Common gave a moving speech after he and John Legend won Best Original Score for their song "Glory," from the Martin Luther King, Jr. biopic Selma.

"I want to thank God -- and the Hollywood Foreign Press," Common quipped. He quickly turned serious, however, saying that "the first day I stepped on the set of Selma, I began to feel this was bigger than a movie."

"As I got to know the people of the civil rights movement, I realized, I am the hopeful black woman who was denied her right to vote," he said.

"I am the caring white supporter killed on the front lines of freedom. I am the unarmed black kid who maybe needed a hand but instead was given a bullet. I am the two fallen police officers murdered in the line of duty."

"Selma has awakened my humanity, and I thank you Ava [DuVernay, the film's director]. You are a superhero. You use the art to elevate us all -- to bring us together."

The speech quickly gained traction on Twitter, with even The Hollywood Reporter and The Huffington Post attempting to create memes from it:

Watch Common and John Legend's acceptance speech below via YouTube.