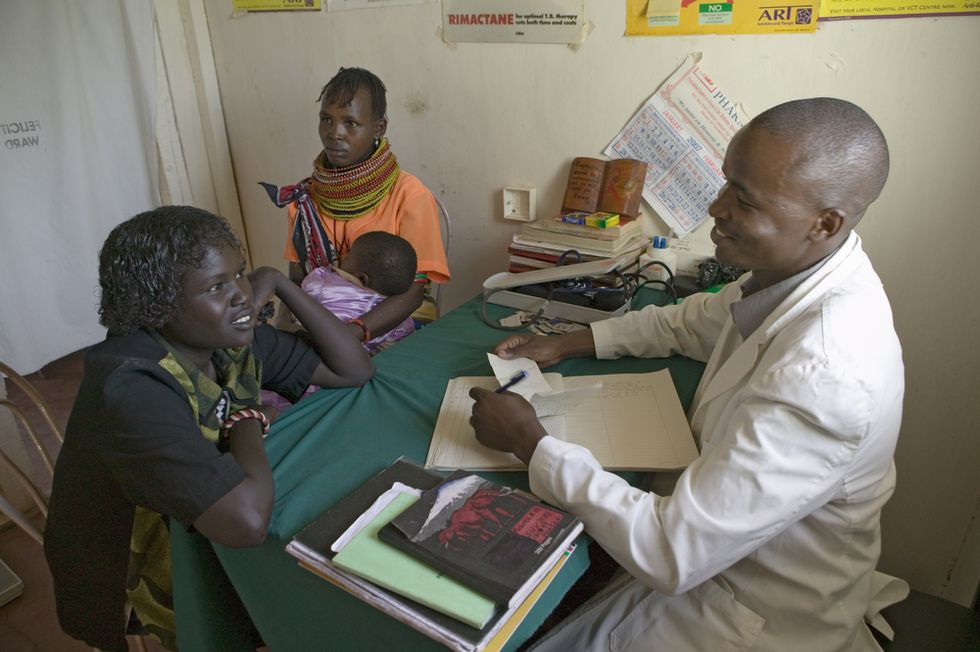 According to the Associated Press, eight international groups are joining forces to fight against adolescent AIDS in Africa, which is estimated to have killed around 120,000 people between the ages of 10 and 19 on the continent in 2013.

From Nairobi, Kenya, the global task force announced on Tuesday that it is planning a multi-level attack against HIV/AIDS in Africa in the years ahead. U.S. Global AIDS Coordinator Deborah Brix told the AP that Africa's future and the region's economic viability are riding on its youth, hence the international effort to stop the spread of AIDS among young people.

Relief agencies say that girls in sub-Saharan Africa are most at risk. By their estimations, some 860 girls per week were infected with HIV in 2013, compared to an estimated 170 boys.

The campaign, called "All In," aims to involve young people in protecting their own sexual health, but Africans will need to learn to speak openly to each other about sexual matters.

UNAIDS' deputy executive director Luis Lores told Reuters, "Nobody wants to talk about adolescents having sex...(But) if we don't break these taboos, if we don't change in the next five years, this epidemic is going to explode again."

Worldwide, an estimated 2.1 million people between the ages of 10 and 19 are infected with HIV. Some 80 percent of them live in Africa and are unaware that they carry the virus because they were infected at birth or through their mother's breast milk. In 2013, the U.N. said on Tuesday, 250,000 teenagers worldwide were newly infected with HIV, two-thirds of whom are girls.

Reuters' Katy Migiro wrote, "Although the fight against AIDS is making progress globally, current policies are failing to save the lives of teenagers, trapped in a toxic cycle of poverty, ignorance and moral conservatism."

Many young girls in slums like those in Kenya's capital, Nairobi, are forced to sell their bodies for sex from an early age just to survive.

Lilian Otiso -- director of services for a nonprofit dedicated to helping African women and children sex workers -- told Reuters that most of Nairobi's sex workers only became so to keep themselves from starving to death.

In Kenya, there are an estimated 100,000 new HIV infections every year, 21 percent of which afflict women and girls between the ages of 15 and 24, said Otiso.

If aid organizations can break the repeating cycle of new infections, she said, "then we would have reached a point where we can start saying we are seeing the end of AIDS."