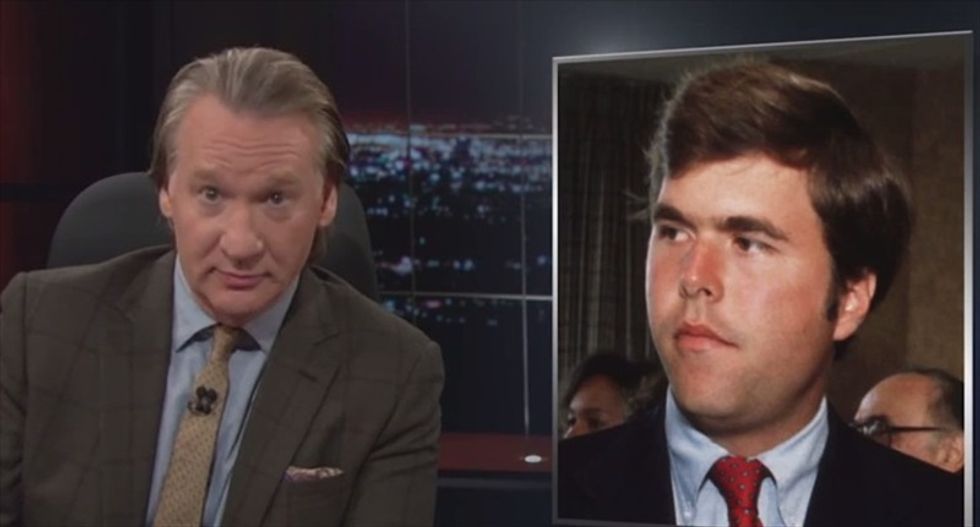 Bill Maher closed Real Time on Friday by calling for an end to questions about past marijuana use as a means of vetting potential presidential candidates.

"Everyone from Bill Clinton to Newt Gingrich, Al Gore to Rick Santorum, John Kerry to Sarah Palin -- they have all fessed up," he said. "Come on, when even Ted Cruz cops to it? That one surprised me, I must admit. I thought, 'Who would get high with Ted Cruz?'"

While Cruz followed the typical political script and expressed regret for experimenting with the drug, Maher said, former Florida Gov. Jeb Bush (R) said he was "a cynical little turd at a cynical school" when he did the same.

However, Bush instituted jail-only policies in his state for drug offenses -- except in one case.

"Except when it was your daughter, when you made an exception," Maher said. "Wow, that sounds like something a cynical turd would do."

While recent past presidents have acknowledged -- or at least, not denied -- that they smoked marijuana, Maher said, they all "owe a debt" to the tens of thousands of Americans who actually do go to jail for the same crime.

With that in mind, Maher called for President Barack Obama to bear that in mind and end the "war on drugs," and pardon anyone currently in jail for non-violent drug offenses. Republican presidents, Maher said, offered pardons for the forces of the Confederacy, Vietnam War draft evaders, and Ronald Reagan gave undocumented immigrants a de-facto pardon with the order that allowed 2.7 million of them to remain in the country in 1987.

"If Republicans can pardon people for armed insurrection, desertion and speaking Spanish, a Democrat can forgive us for getting high," Maher said.